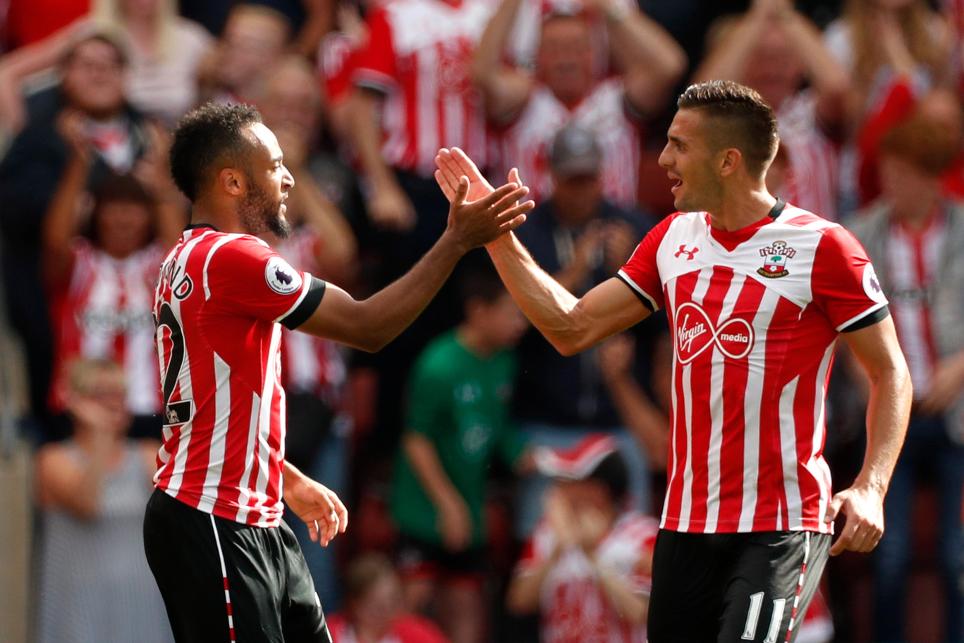 Goalscorers Nathan Redmond (£6.0m) and Etienne Capoue (£4.5m) both earned the maximum bonus points, with a score of 28 apiece in the Bonus Point System (BPS).

Converted to a central striker by Claude Puel, Redmond fired five attempts on goal against Watford and bagged his side’s second-half equaliser, in addition to completing two successful dribbles.

Capoue opened the scoring at St Mary’s and completed three successful dribbles. He also chipped in defensively, with a trio of recoveries and pair of interceptions.

Heurelho Gomes (£5.0m) collected a single bonus points with a score of 23. The Hornets' goalkeeper, who registered more saves than any other player in 2015/16, made six stops to help his side earn a share of the spoils.

Dusan Tadic (£7.5m) not only topped the ICT Index in this encounter, but is also the overall Gameweek 1 leader following the weekend matches with 18.1.

The Serbian created six chances and registered four attempts on goal. Tadic also made 25 successful passes in the final third, thanks to a new role at the tip of a midfield diamond, and was subsequently top for ICT Creativity, with 93.

Redmond was ranked first for both Influence and Threat, with scores of 47 and 63 respectively. He fired in four attempts inside the Watford penalty area and also created as many scoring chances for the hosts.

Capoue trailed in some way behind in third spot. The Hornets midfielder registered a score of 43 Influence, finding the net with one of two attempts on target.

Despite a failure to get among the points, Tadic’s underlying statistics and dead-ball duties also bode well for his potential under the new manager’s system.

The Saints have some tricky upcoming fixtures, though, particularly on their travels – Puel’s side pay visits to Manchester United, Arsenal, West Ham United, Leicester City and Manchester City in their first five away matches.

Having scored twice under Walter Mazzarri in pre-season, Capoue also looks worthy of consideration as a budget midfielder, although there was less potential on show from the Watford strikers.

Despite an assist for Capoue’s opener, Troy Deeney (£7.0m) and strike partner Odion Ighalo (£7.5m) failed to produce a single attempt at the weekend.

In defence, Miguel Britos (£4.5m) was the Hornets’ star performer and produced 19 Clearances, Blocks and Interceptions (CBI) as part of a three-man backline.

Fellow defender Jose Holebas (£4.5m) was fielded as a left wing-back in Mazzarri’s 3-5-2, though clashes against Chelsea, Arsenal, West Ham and Manchester United in the next four Gameweeks suggest Watford are best monitoring for the time being.