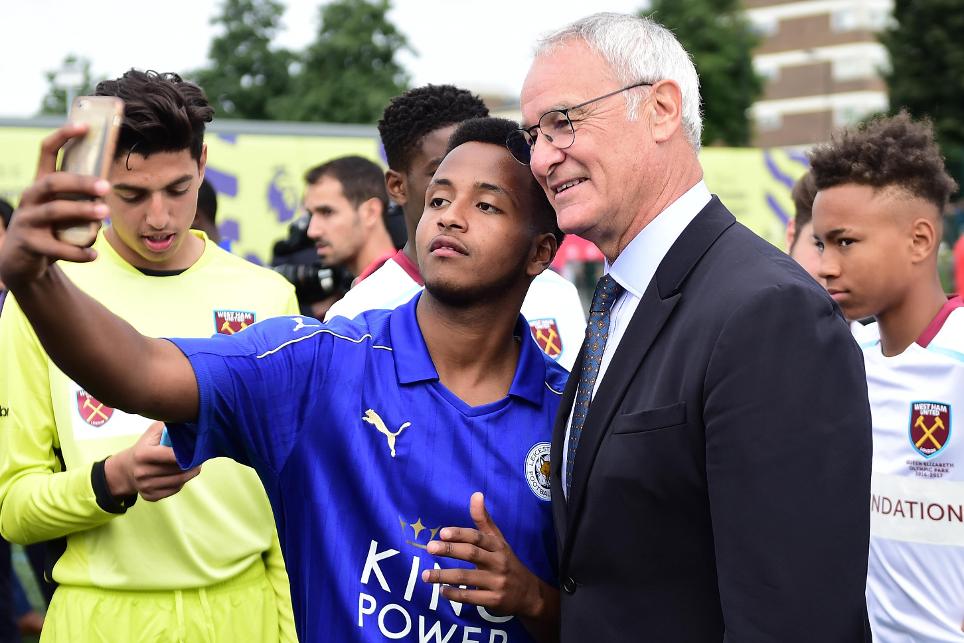 Hernandez: All Our Efforts On Saturday External Link

Claudio Ranieri believes Leicester City still have the hunger to stage a strong title defence but admitted retaining the trophy will require a different approach, saying: "We need a Plan B."

Speaking at the 2016/17 Premier League Season Launch in north London, Ranieri said it was time to put last season's fairytale first Premier League title for Leicester to one side and focus on the new season.

The Italian has been encouraged by the positive signs from his side in pre-season, but hinted they will have to come up with a new approach to confound their opponents next season.

"I watched the match against United in the Community Shield – we had the same hunger, passion, humility," he told Sky Sports News HQ. "Also you need to be a little lucky but for that you need to be stronger.

"The other teams know us very well but we have to continue in our way and we have to have another plan – a plan B – to try to surprise them."

Ranieri identified as many as five teams who can be champions but feels his side are capable of giving them a run for their money.

"Man City, Man United, Arsenal, Chelsea, Tottenham, Liverpool – there are so many big teams, managers and champions," he said. "It is amazing. The Premier League is the middle of the world for football.

"We have to do the same; we have to show our power, strength solidarity, we play together. If the results are a little lucky then we can also do something special this year.

"There are big teams now who last season, I don’t why, made mistakes but now they have to win because they are used to winning and have spent a lot of money. They can’t permit to lose the title for the second year."

Ranieri, who signed a new contract at Leicester until 2020, while sorry to lose N'Golo Kante to Chelsea in the summer, has been pleased with the purchase of Ahmed Musa, a forward who will improve his tactical options, and the decision of Jamie Vardy to stay at the King Power Stadium.

"Musa is very fast, he can score goals and he can also move positions," he told premierleague.com. "He can play left wing, right wing and that is very important for me to make some changes.

"[Jamie Vardy staying] was very important because Jamie understood our philosophy. It was a dream for him and he wants to continue this dream to stay with us."

As for how he thinks his side will fare this season Ranieri repeated his wishes of early last season, even when Leicester enjoyed a flying start.

"Our main target is 40 points, to be safe, to enjoy the Premier League, to enjoy the Champions League," he said. "It is important to make experience. When we make 40 points we will see how many months are left."

Leicester will begin their title defence at Hull City in the first match of the day on Saturday 13 August.