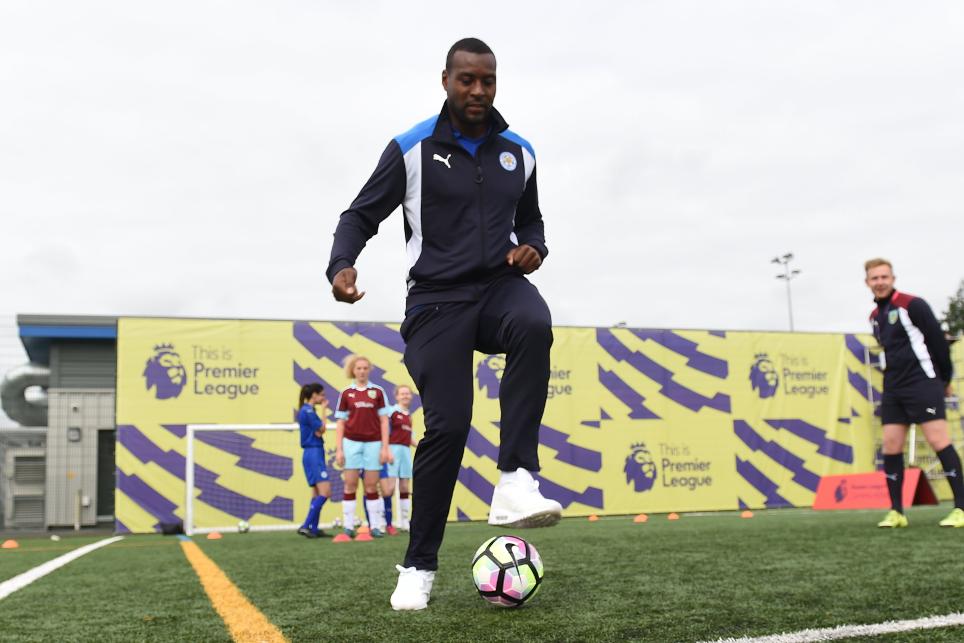 Hernandez: All Our Efforts On Saturday External Link

Wes Morgan says Leicester City will embrace the extra pressure of being Premier League champions and defend their title this season with no fear.

This time last year Leicester went into the 2015/16 campaign having just avoided relegation, but they confounded the pundits to claim a first Premier League title, finishing 10 points clear, with Morgan playing every minute of the campaign.

The Foxes captain says his team will have to deal with more motivated opponents this time round.

“There’s pressure but we try to ignore that," said Morgan at the 2016/17 Premier League Season Launch. "We know what we achieved last season and we have to put that to one side.

“Everyone will come to our ground looking to beat us and take a scalp off us. It’s part of being champions, embrace it, go out there with no fear and try to win.

“The celebrations were fantastic and everyone still congratulates you, but you have to put that to one side now. We can’t dwell on the past, as fantastic as it may have been. We just have to focus and do the job again.”

Leicester open their title defence ahead at Hull City on 13 August and Morgan says the match will have extra significance for him.

“I’m always proud to lead Leicester out but to be champions makes it extra special," he said. "That first game when we’re walking out and hearing the roar and defending our trophy, is going to be fantastic.”

Morgan also says that Leicester being champions wil be an “inspiration” to all Premier League clubs going into the new season.

"It was fantastic, something that no one thought was possible and we proved a lot of people wrong," he said. “The Leicester story is an inspirational story and it’s one for the so-called underdogs to look up to."