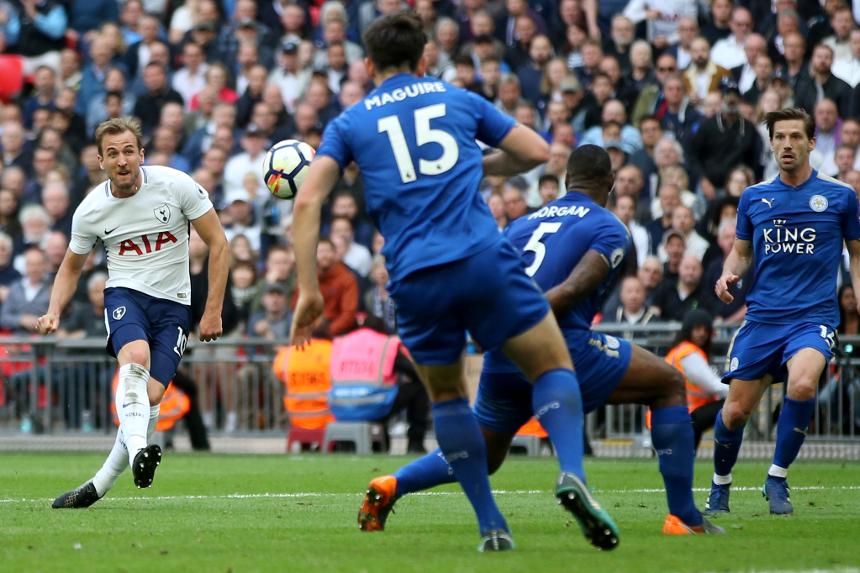 Jamie Vardy headed the Foxes into a fourth-minute lead which was cancelled out three minutes later by Kane.

Riyad Mahrez quickly restored Leicester's advantage and by the 47th minute they were 3-1 up, thanks to a long-range strike from Kelechi Iheanacho.

Spurs then scored three times in 11 minutes to go ahead, Lamela twice being assisted by Kyle Walker-Peters either side of a Christian Fuchs own goal.

But despite Vardy netting again to make it 4-4, Kane had the final say.

The striker curled in a 76th-minute winner to finish the season with a career-best return of 30 PL goals, two behind Mohamed Salah who lifted the Golden Boot.