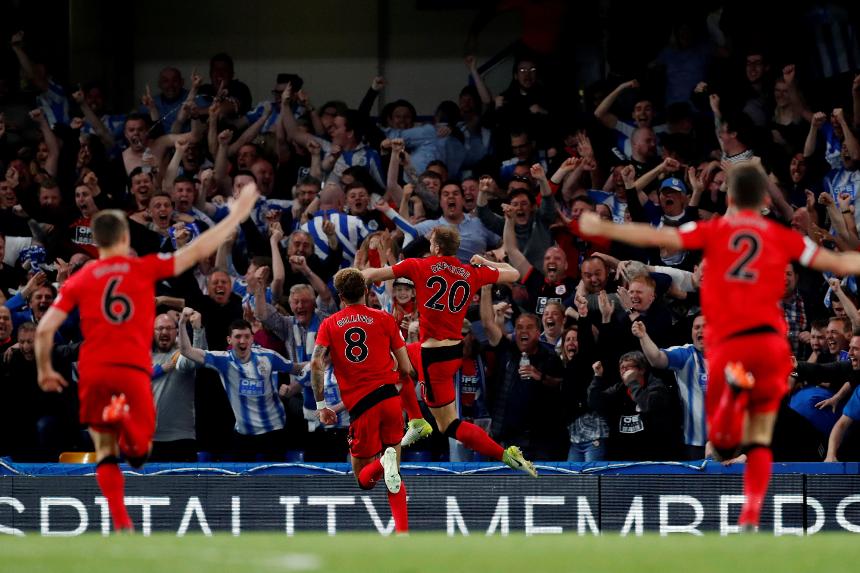 Although Marcos Alonso cancelled out Laurent Depoitre's opener, the Terriers held on for the point they needed to move four clear of the bottom three.

Chelsea could have taken the lead on 12 minutes but from three yards out Antonio Rudiger failed to turn in a flick-on of a corner.

Depoitre made them pay on 50 minutes. He collected Aaron Mooy's long ball, chipped over Willy Caballero and slotted into an empty net.

But despite a crazy goalmouth scramble in which Jonas Lossl tipped Andreas Chistensen's header against the post, Chelsea could not find a winner.