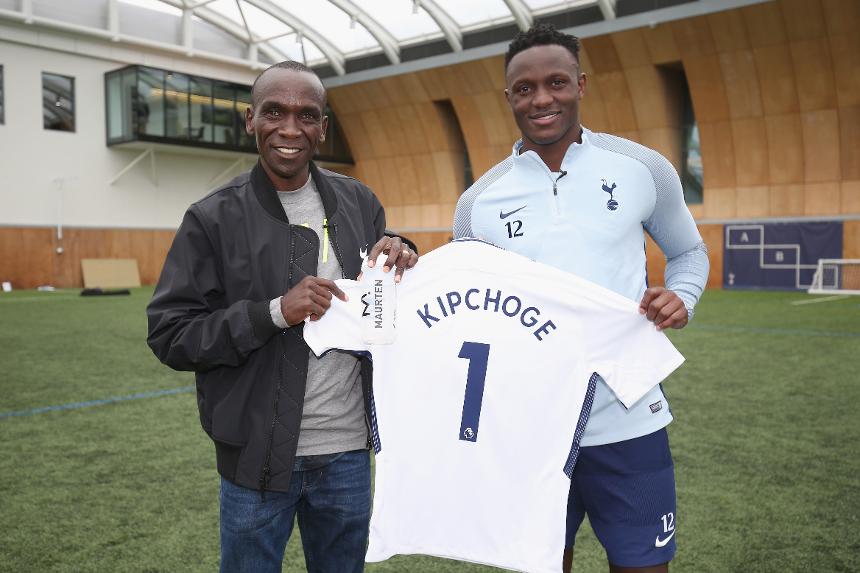 Kipchoge, the Olympic marathon champion, was fresh from claiming victory in the London Marathon while Wanyama was preparing for tonight's home Premier League match with Watford.

Kipchoge said Wanyama, the first Kenyan to play in the Premier League, is a hero back home.

"I can say that the next generation [of Kenyans] is being inspired by Victor," he told Spurs' official website.

"Above all, the discipline he carries all over Europe and coming back to Kenya is what inspires every individual from the youth to the older ones. He has made a lot of people love football, especially the Premier League."

For his part, Wanyama said Kipchoge's success was an inspiration to him and his compatriots.

"When you see him winning things, you want to work harder and get the accolades like him," he said. "If you have that mentality in Kenya then you can be huge."