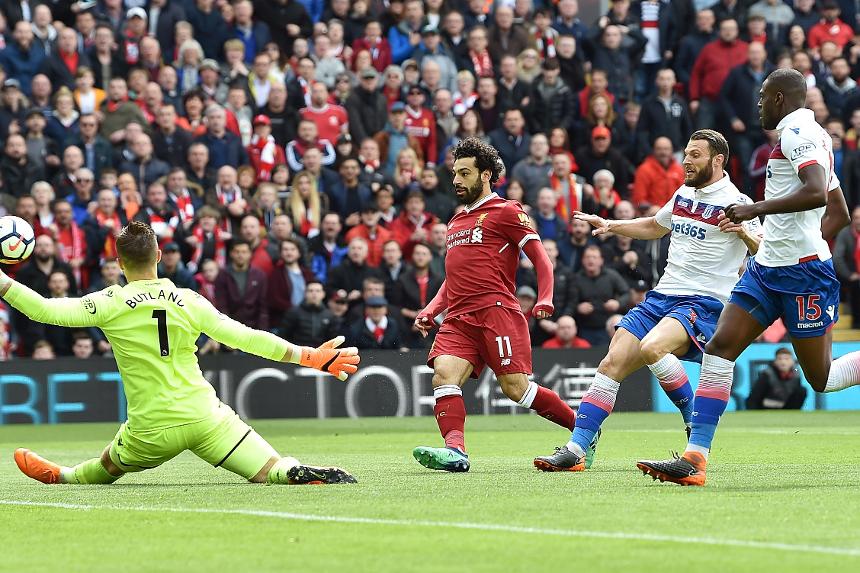 The league's leading scorer was a goal from setting a mark for the most in a 38-match season but was shut out at Anfield for the first time since Boxing Day.

It appeared Salah would get his 32nd goal of the season when he was sent through in the sixth minute, but his chipped finish went wide.

An organised Stoke side defended well to restrict Liverpool to half-chances after the break and they almost grabbed a winner at the end through Ryan Shawcross, who poked wide.

The point lifts Stoke to 30 points, three from Swansea City in 17th, with only two matches to play.