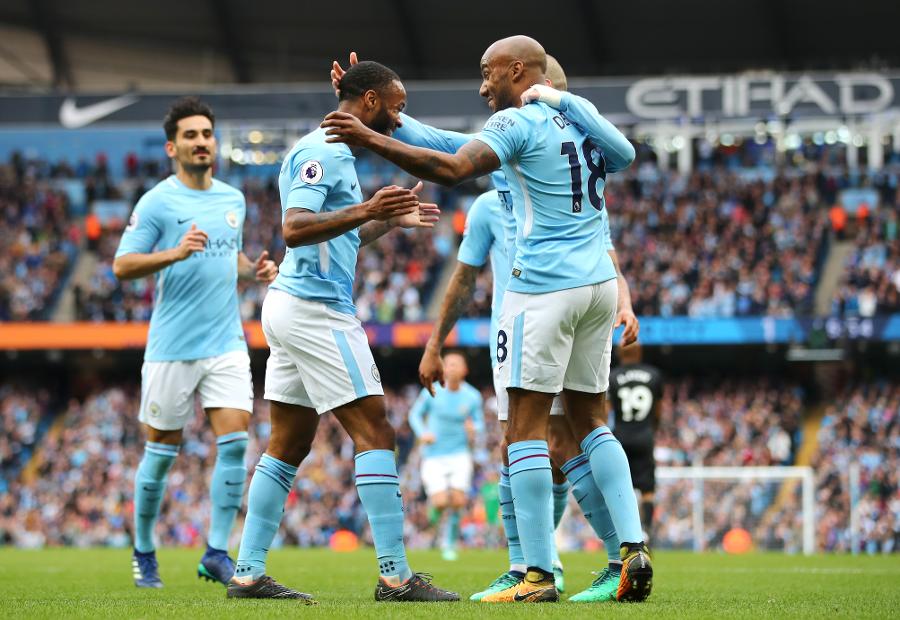 Manchester City celebrated becoming champions in style as they eased past Swansea City 5-0 with another masterclass.

Raheem Sterling was involved in three of their five goals at the Etihad Stadium.

He set up the 12th-minute opener for David Silva and then scored himself four minutes later from Fabian Delph's cross.

Kevin De Bruyne's thunderbolt from 25 metres in the 54th minute made it 3-0.

Ten minutes later, after Sterling had been fouled in the area, Lukasz Fabianski saved Gabriel Jesus's penalty but Bernardo Silva tucked in the rebound.

Jesus atoned for his miss in the 88th minute by heading in Yaya Toure's chipped pass to put the champions on 90 points.