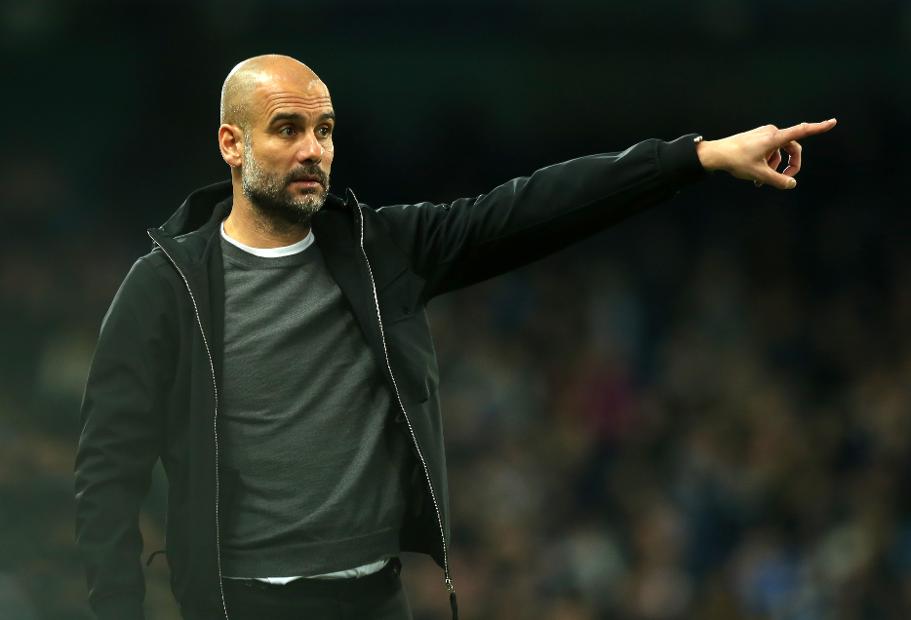 After failing to secure title on Saturday, we look at when Pep Guardiola's side can claim the Premier League crown

Aguero: Pep's taken me to another level External Link

Manchester United’s stunning comeback at the Etihad Stadium stopped Manchester City from sealing the title against their local rivals.

And it is still in United's hands to make Pep Guardiola’s side wait even more for their celebrations.

But, with a 13-point lead and six matches left, another six points would secure City the Premier League Trophy, regardless of Man Utd's results.

How it stands ahead of Matchweek 34

We look at the possible dates when City can claim a third title in seven seasons.

Even if they beat Tottenham Hotspur at Wembley Stadium on Saturday, that in itself will not be enough for City to be crowned champions.

City would require a defeat for United at home to West Bromwich Albion on Sunday.

A draw at Old Trafford would also not be enough for Pep Guardiola's side.

That would mean United could only equal City’s points total, although they would be at least 29 goals worse off on goal difference.

If, after the weekend, the gap remained 13 points, City could be crowned champions without even playing.

But that would only be the case if Jose Mourinho's men were defeated at AFC Bournemouth next Wednesday. A United draw would keep the race alive.

If they have not been crowned champions by this point, City will have the chance to spark the fireworks at the Etihad Stadium once more.

A win against Swansea City in the Sunday 16:30 BST match would be enough for City to claim a third PL title if the difference remains at least 13 points because United will have run out of matches to close the gap.

If City have dropped points and United have not, City's next chance will come in Matchweek 36, when they travel to London Stadium.

Having won the 2013/14 title by beating West Ham United 2-0 at home on the final day, a repeat result would be enough for the leaders to become 2017/18 champions.