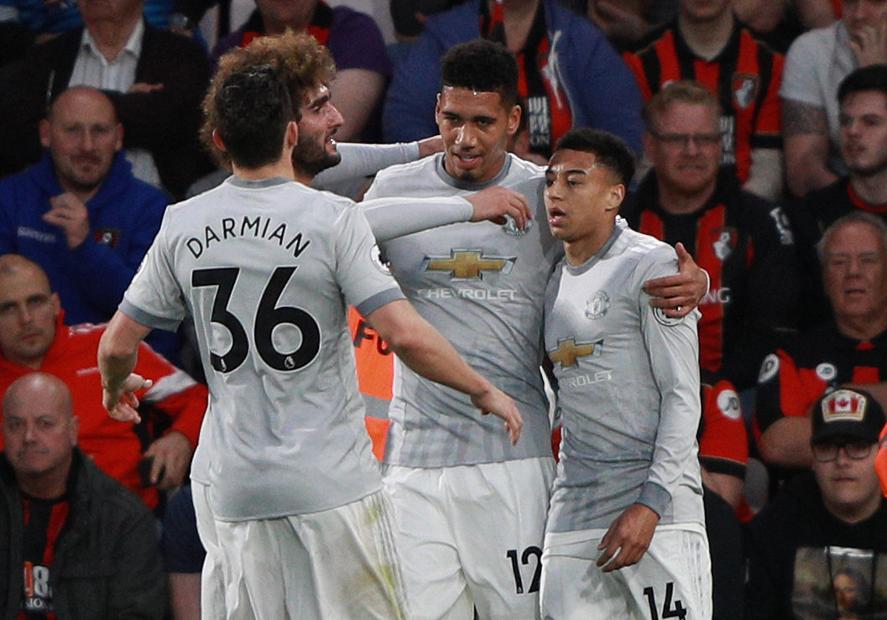 Manchester United's place in the top four is all but confirmed after Chris Smalling and Romelu Lukaku sealed a 2-0 win at AFC Bournemouth.

Smalling scored for the third consecutive away Premier League match when he slid in Jesse Lingard's cross on 28 minutes.

Callum Wilson went close to a leveller for AFC Bournemouth, but he couldn't turn in a Joshua King centre from close range, under pressure from Luke Shaw.

And United made the match safe when Romelu Lukaku slotted in from Paul Pogba's 70th-minute cross, shortly after coming on as a substitute.

The Red Devils have moved four points clear of Liverpool in second place, and Chelsea, in fifth, are 14 points adrift with five matches left.