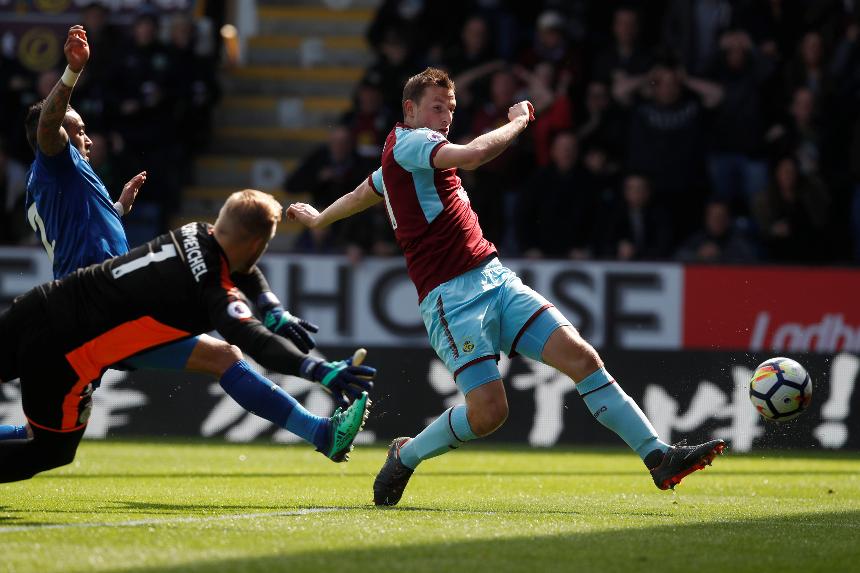 On six minutes, Wood followed up to score after his initial effort was saved by Kasper Schmeichel.

Leicester responded after the break and, on 72 minutes, Kelechi Iheanacho found Jamie Vardy, who scored his eighth goal in 10 matches.

The win means Burnley are seventh with 52 points, two behind Arsenal, in sixth, and nine ahead of Leicester, in eighth.