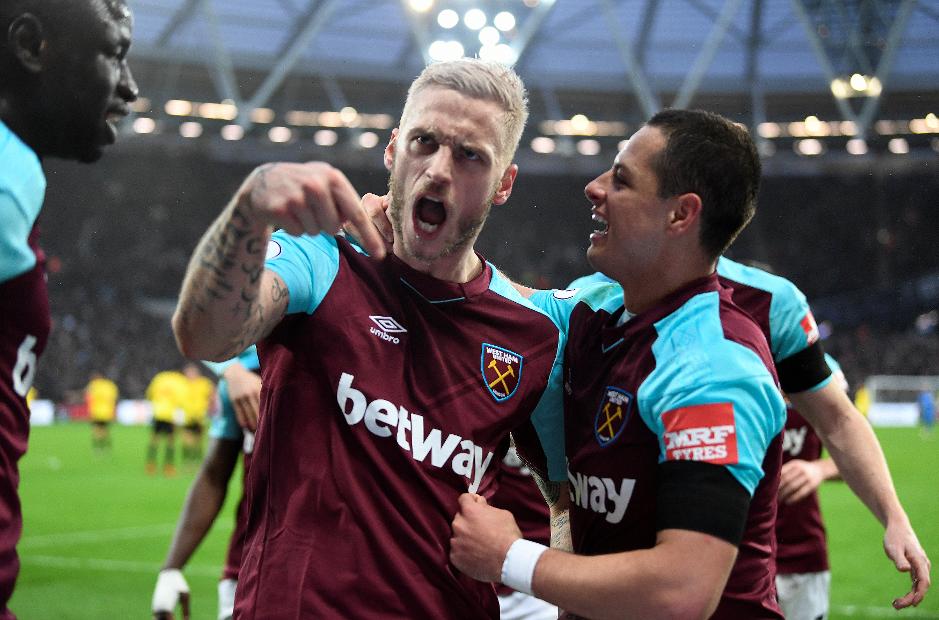 Arnautovic: We must believe we can beat Chelsea External Link

Marko Arnautovic has revealed what David Moyes instructed him and his West Ham United team-mates to do to help the club stay in the Premier League, adding that there is still a long way to go.

On Sunday, West Ham travel to Chelsea, against whom Arnautovic scored his first goal for the club earlier in the season.

The Austrian said Moyes, the manager, set out his wishes to the squad after taking over in November and that, despite last weekend’s win over Southampton, he and his team-mates cannot relax about Premier League safety.

“The manager said, ‘You need to work hard and run hard otherwise you won’t play’ and, when he said this to me, I was aware of that,” Arnautovic told West Ham’s official website.

“I’m a player who always wants to play and I think I did the job that he wanted from me, but it’s not over now.

“We still have seven games and it’s going to be hard and difficult as we still have some top teams coming to us and we have to go to Chelsea and Arsenal so it’s not over."