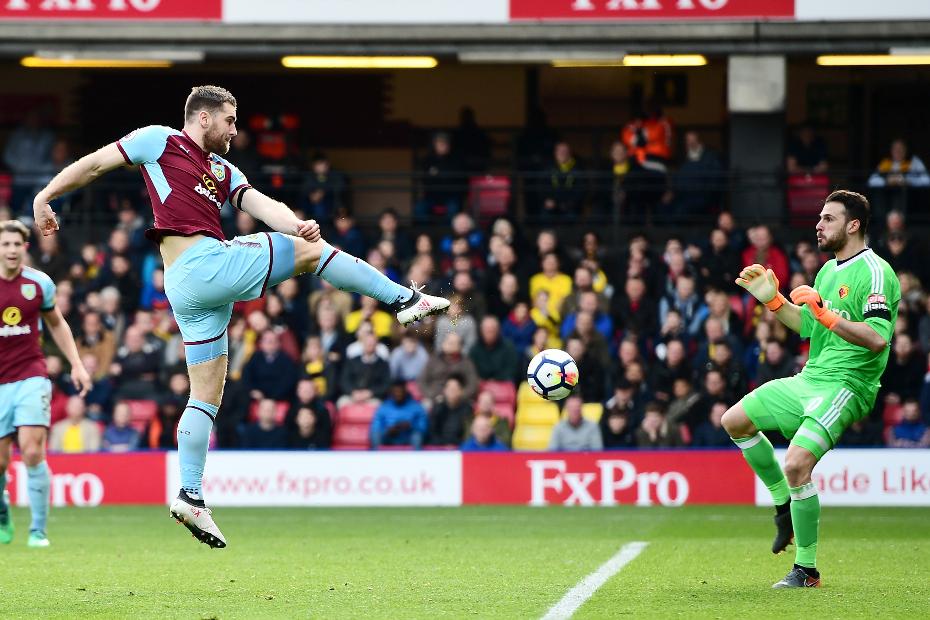 Two goals in three minutes from Sam Vokes and Jack Cork helped Burnley come from behind to beat Watford 2-1 at Vicarage Road.

After a goalless first half, in which Chris Wood's effort was disallowed for offside, Roberto Pereyra put Watford ahead on 61 minutes.

Burnley were level nine minutes later, when substitute Vokes, who had been on for a matter of seconds, scored after a miscued header from Adrian Mariappa.

The visitors were in front on 73 minutes when a free-kick from the left was headed back across goal by Kevin Long and Cork nodded in.

Burnley are  seventh with 49 points and Watford, without a win in their last four Premier League matches, are 12th with 37 points.