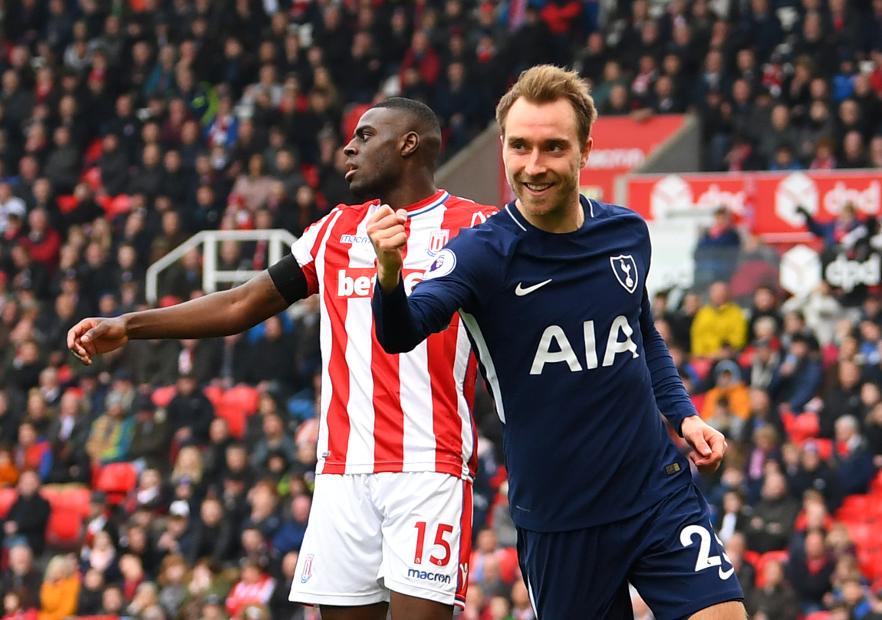 Christian Eriksen and Harry Kane were on target as Tottenham Hotspur battled to a 2-1 victory at Stoke City.

The Danish midfielder broke the deadlock in the 52nd minute when he slotted in from Dele Alli's cutback.

Stoke replied five minutes later when Mame Biram Diouf charged down Hugo Lloris's attempted clearance and rolled the ball into the net after a collision with the Spurs goalkeeper.

But the visitors restored their lead in the 63rd minute when Eriksen's free-kick was glanced in by Kane on his first start since returning from injury.

Spurs remain fourth in the table but the victory puts them level on points with third-placed Liverpool.