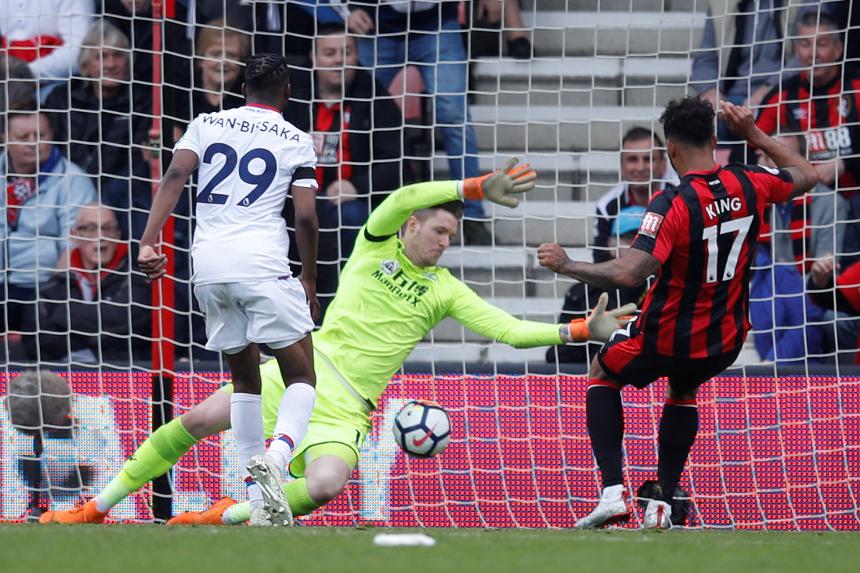 AFC Bournemouth scored two equalising goals to deny Crystal Palace what would have been a huge win in their battle against relegation.

The visitors had taken the lead two minutes into the second half at Vitality Stadium when Luka Milivojevic's free-kick made him the first Eagles midfielder to reach 10 goals in a Premier League season.

Substitute Lys Mousset pegged Palace back on 65 minutes with a first-time shot from distance moments after coming on.

Wilfried Zaha thought he earned his side three points 15 minutes from time with a fine piece of skill and a finish from the edge of the area.

But for the seventh AFC Bournemouth match in a row there was a goal in the 89th minute or later.

Joshua King, another substitute, converted Steve Cook's knockdown to snatch a draw with a minute remaining.