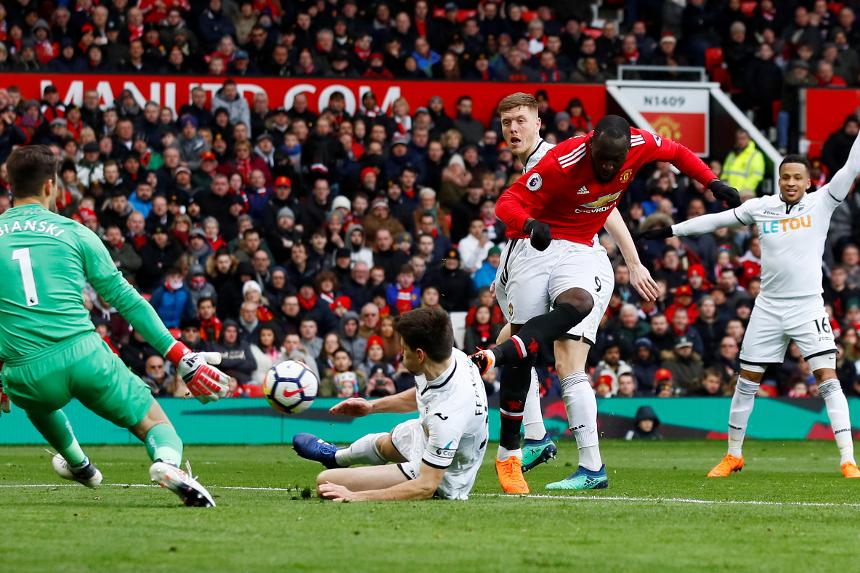 Romelu Lukaku scored his 100th Premier League goal to set Manchester United on their way to a 2-0 win over Swansea City at Old Trafford.

Alexis Sanchez found Lukaku in space and the Belgian striker's shot deflected off Alfie Mawson to give him his century and United the lead after just five minutes.

The hosts doubled their advantage on 20 minutes when Jesse Lingard played in Sanchez, who found the bottom corner for his second Man Utd goal.

Swansea rallied in the second half but could not get past David De Gea, who twice denied Tammy Abraham to keep his 16th clean sheet.

United are second with 68 points, 16 behind their city rivals and next opponents Manchester City. Swansea are 15th on 31 points.