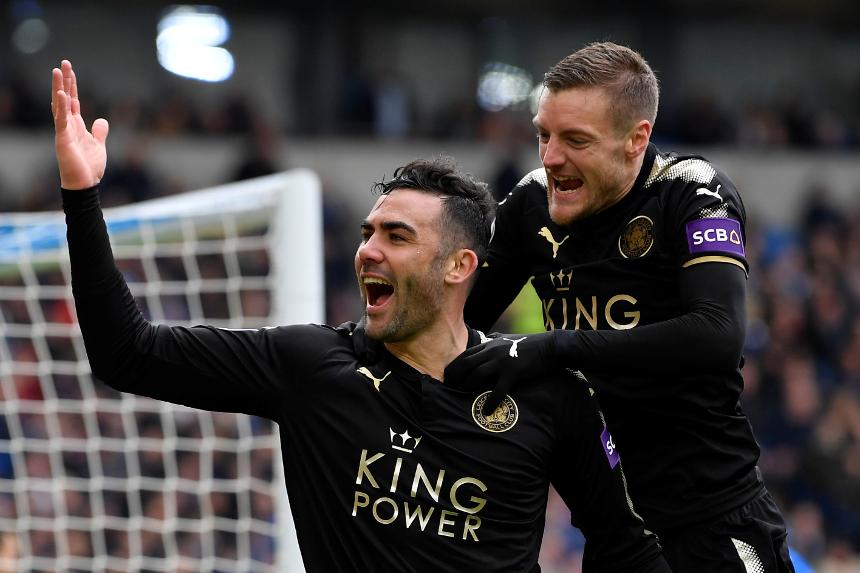 After a goalless first half Brighton had the chance to go ahead from the penalty spot when Jose Izquierdo was fouled by Wilfred Ndidi.

But Glenn Murray's 77th-minute spot-kick was saved by Kasper Schmeichel.

Leicester's task was made harder when Ndidi received a second yellow card.

But they secured victory in the sixth minute of stoppage time when Demarai Gray crossed for Vardy to score.

Defeat for Brighton drops them to 13th on 34 points, with Leicester in eighth on 43 points.