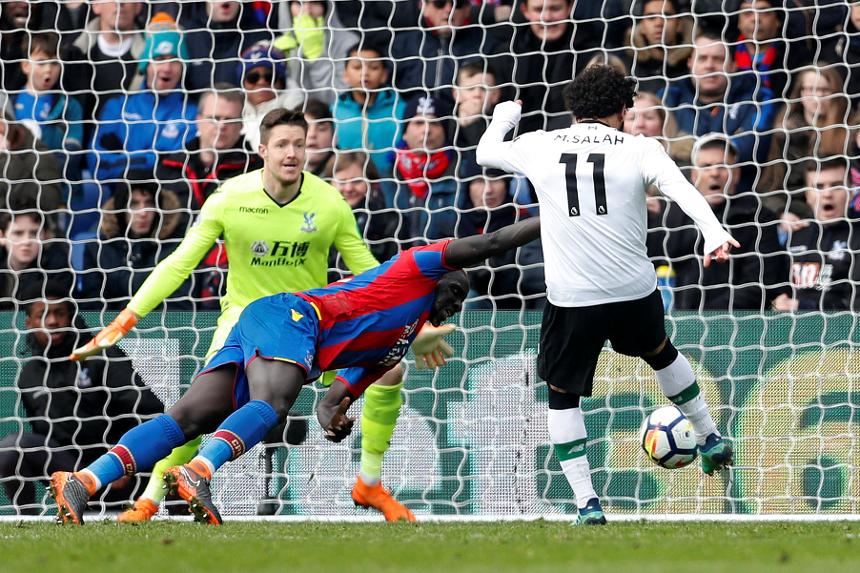 Mohamed Salah struck late on as Liverpool came from behind to beat Crystal Palace 2-1 at Selhurst Park.

The league’s leading scorer kept his cool to convert Andrew Robertson’s cross on 84 minutes for his 29th goal of the season.

The home side had gone ahead on 13 minutes.

Liverpool goalkeeper Loris Karius brought down Wilfried Zaha when through on goal and Luka Milivojevic put away the resulting penalty, his seventh of the season.

Christian Benteke missed two chances in a minute to restore Palace’s lead but Salah made no mistake with six minutes remaining.

Liverpool are third with 66 points, while Palace lie two points off the bottom three, on 30.