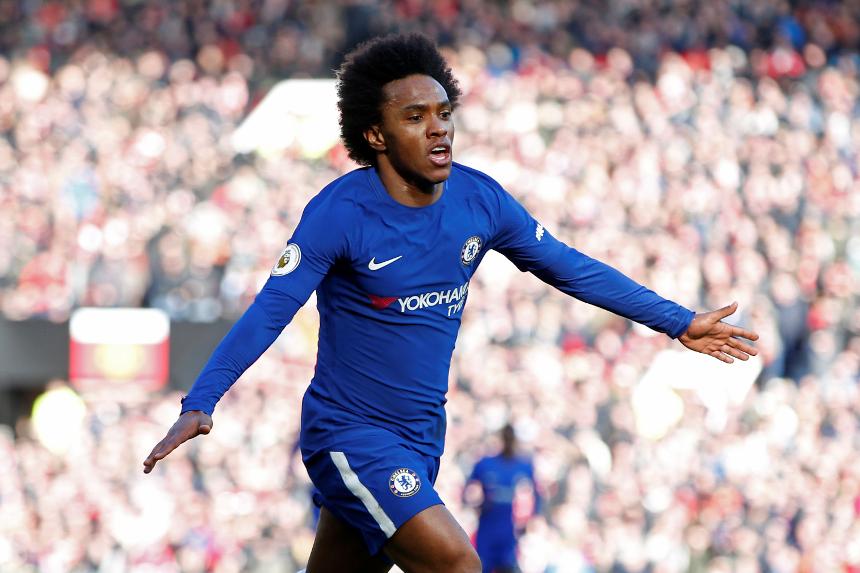 Tiemoue Bakayoko (calf strain) is back in contention but David Luiz (ankle) and Ross Barkley (hamstring) are still out.

Crystal Palace manager Roy Hodgson says Wilfried Zaha (knee) and Mamadou Sakho (calf) have taken part in modified training sessions this week and will be assessed ahead of kick-off.

Joel Ward and Yohan Cabaye are both doubts but Timothy Fosu-Mensah is available again after being ruled out of the match against his parent club Manchester United.

Willian has had a hand in 16 goals in his last 17 starts for Chelsea in all competitions (11 goals, 5 assists).

Antonio Conte’s side have lost four of their last five PL matches. Their previous four defeats in the competition came over 30 matches.

Crystal Palace could become only the second away team to win three consecutive PL matches at Stamford Bridge, after Blackburn Rovers (1993/94-1995/96).

Palace are on a three-match losing run in the PL. They haven’t lost four in a row since a run of eight consecutive defeats back in September.