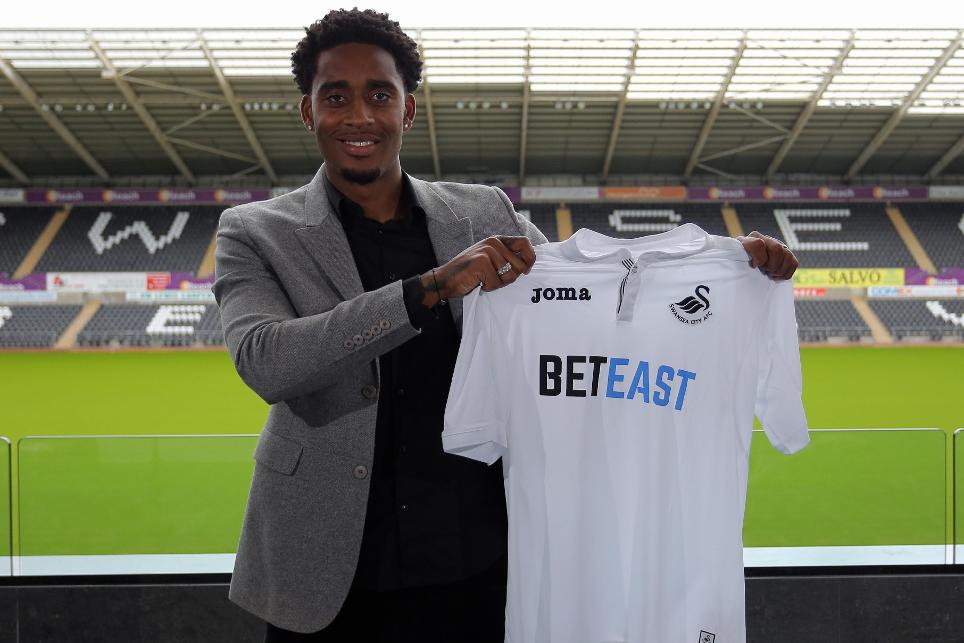 Swansea City have completed the signing of Netherlands international Leroy Fer from Queens Park Rangers for an undisclosed fee.

The midfielder, who has signed a three-year contract, returns to the Liberty Stadium on a permanent deal following a successful loan with the Swans last season.

The 26-year-old ends a two-year spell at QPR, for whom he scored eight goals in 48 league appearances following a switch from Norwich City.

Fer began in the academy at Feyenoord, where he made 103 Eredivisie appearances.

The Dutchman has won 11 caps for his country and was in the Netherlands squad that played in the FIFA 2014 World Cup in Brazil, scoring against Chile in the group stage.

Fer has nine goals in 69 Premier League appearances and is Swansea manager Francesco Guidolin's first signing of the summer.

He will join the Swans' pre-season trip to the United States, where they will play Charlotte Independence on 13 July, and Richmond Kickers three days later.

Swansea's first Premier League match is a trip to Burnley on 13 August, before a home encounter with Hull City on 20 August.