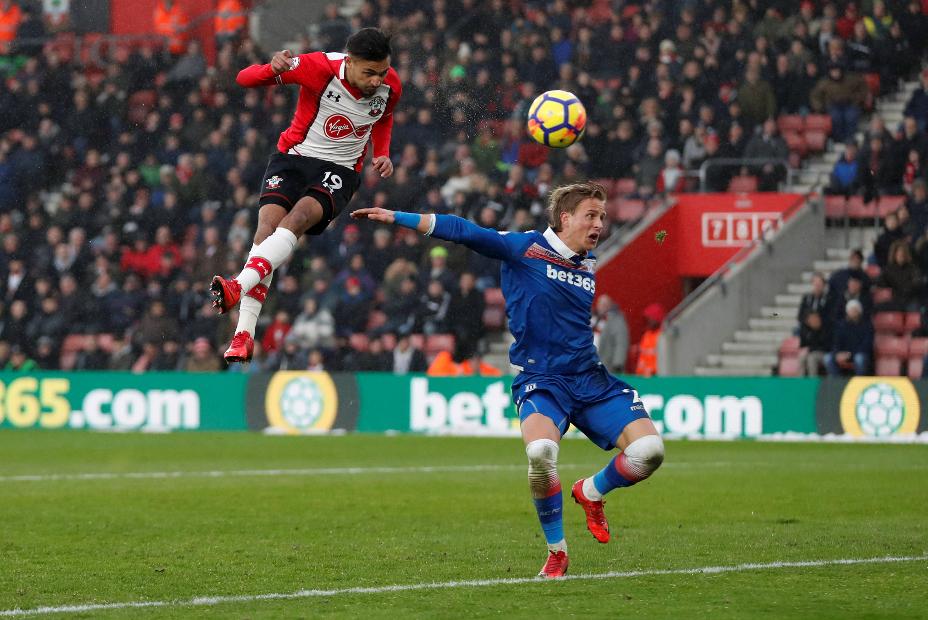 It was frustration for Southampton and Stoke City in their battle for safety as neither could find a breakthrough at St Mary's Stadium.

The best chance of the first half fell to Stoke, but Badou N'diaye's header was saved by the fingertips of Alex McCarthy.

The second half followed a similar pattern, with both teams unable to convert a number of half-chances.

The best one fell to Southampton's Sofiane Boufal shortly after he had come on, the substitute heading agonisingly wide from eight yards.

Southampton slip to 17th on 28 points with the draw.

Stoke, whose winless run extends to five matches, remain 19th, a point behind.