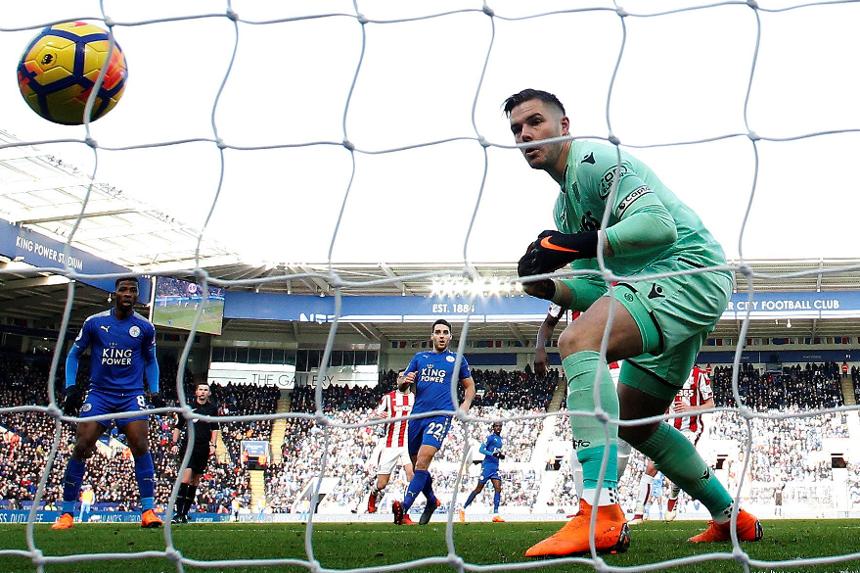 Fantasy Premier League managers with Jack Butland (£5.0m) in their teams would have been gutted to have seen their goalkeeper concede an own goal against Leicester City, but they had some cheer after the final whistle.

The Stoke City goalkeeper was the most unlikely recipient of three bonus points in Gameweek 28.

By the final whistle, Butland had recorded one of the most notable goalkeeper performances of the season, at least in the Bonus Points System (BPS).

The BPS decides how FPL bonus points are allocated each match, based on a series of statistics supplied by Opta.

For goalkeepers, the key actions in the BPS, apart from clean sheets, are saves and recoveries, where a player wins possession of a loose ball or the ball is played directly to him by an opponent.

It is tied with three other performances, one of which was also by Butland, a combined 26 saves and recoveries on New Year's Day against Newcastle United.

Only Wayne Hennessey (£4.3m) has made more saves and recoveries in a match than Butland, making 12 saves and 16 recoveries in Crystal Palace's 1-0 defeat by Liverpool at Anfield in Gameweek 2.

Butland's performance and BPS tally of 23 at Leicester earned him the maximum bonus points.

However, it should be noted that 23 is the second-lowest BPS score to win three bonus points in 2017/18.

Only Mousa Dembele (£4.9m) and Christian Eriksen (£9.3m), both in Tottenham Hotspur 1-1 Watford in Gameweek 15, have claimed three bonus points with a lower BPS score, 20.

Butland was helped by there being only one other goalscorer at the King Power Stadium, Xherdan Shaqiri (£6.2m).

The Stoke midfielder scored 20 in the BPS having been penalised for being tackled four times and being caught offside.

As a goalkeeper, Butland will rarely pick up such penalties.

And as he goes on making saves and recoveries at his current rate, he will continue to feature in the bonus points.

Of those with more than one start this season, no goalkeeper can better Butland for minutes per save (23.2).

Mins per save (min two starts)