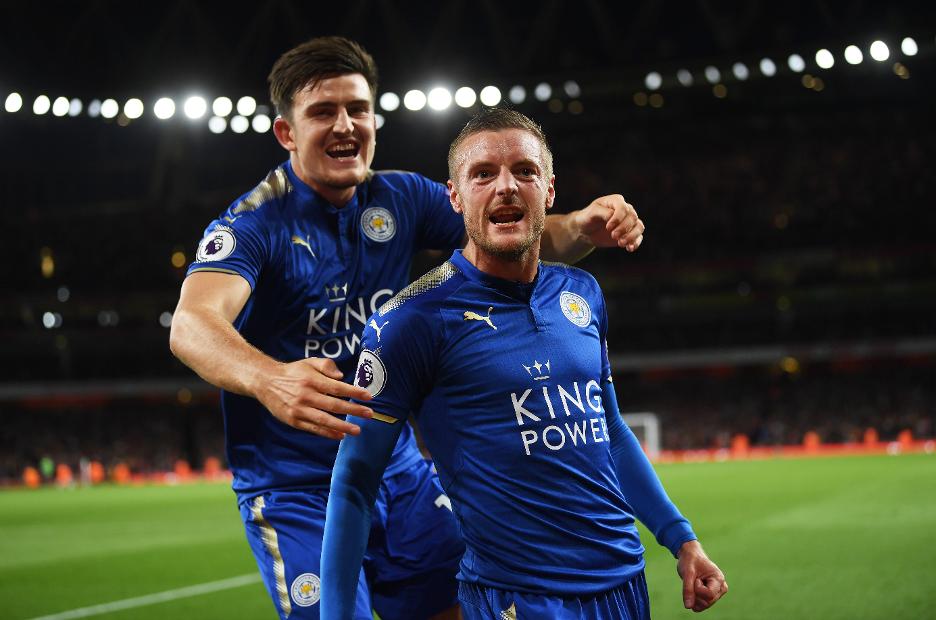 Jamie Vardy (£8.6m) can go on challenging the top strikers in Fantasy Premier League by scoring for a fifth successive Gameweek.

The Leicester City striker has already matched last season's 13-goal tally and makes our select XI ahead of a visit from Stoke City.

Only the fifth most-signed forward in the Gameweek, with 88,000+ new owners, Vardy takes his place in a 3-4-3 formation ahead of Saturday's 11:30 GMT deadline.

The Australian is backed for a first clean sheet since Gameweek 21 at home to Swansea City. Swansea's 20 goals are the fewest in the Premier League this season. They also rank bottom for shots and shots on target in away matches, with 86 and 27.

The centre-back has two clean sheets in his last three home matches ahead of Stoke City's visit. Maguire's score of 540 makes him the top Foxes player in the Bonus Points System (BPS), meaning he is always in the mix for bonus points. His six goal involvements for the season can also be bettered by only three other FPL defenders.

Another defender who places top in the BPS for his respective side, the Egyptian also offers a goal threat at set-pieces. He faces a Huddersfield Town side who have failed to score in 10 of their 13 away matches, more than any side.

Liverpool are without a clean sheet in their last three matches at Anfield but they have allowed only 27 shots on target at home all season, the fewest of any team. Van Dijk could also get a goal against West Ham United, with his five shots in three starts for the Reds demonstrating his threat at set-pieces.

An almost automatic choice in our weekly line-up, Salah has only failed to produce a goal or an assist in two of his last 18 Gameweek appearances. He is our captain pick against a West Ham team who have kept only two clean sheets in away matches and conceded 29 goals, only Stoke City shipping more with 32.

Owned by only 7.6% of FPL managers, Mane is a compelling differential and goes into Saturday's match versus the Hammers on the back of a hat-trick in the UEFA Champions League win over Porto.

Back-to-back goals have brought the Colombian to FPL managers' attention for Swansea City's visit. Over the last three Gameweeks, Brighton & Hove Albion rank fifth for shots, with 44, and joint-fourth for penalty-area shots, with 28.

Eriksen scored the winner in last season's 1-0 victory at Selhurst Park and travels to Crystal Palace in strong form. He has supplied three goals in his last five starts in all competitions and the Eagles have faced more shots on target over their last four home matches than any side, allowing 23.

Kane joins Eriksen in our selection as he bids to add to his PL-high 12 goals in away matches. He has five goals in his last three starts on the road and two goals and an assist in his three previous league trips to Selhurst Park.

Since returning to the AFC Bournemouth starting line-up in Gameweek 19, only Kane and Sergio Aguero (£12.0m) can better his 11 shots on target among FPL forwards. Newcastle United travel to Vitality Stadium with a single clean sheet in their last 10 away matches.

The Leicester City striker will aim to score for a sixth successive match in all competitions when Stoke City visit King Power Stadium. The Potters have only one clean sheet in 13 away matches, while Vardy's shot conversion rate of 28.9% is second only to the 30.3% of Wayne Rooney (£7.2m) among players with more than five goals.