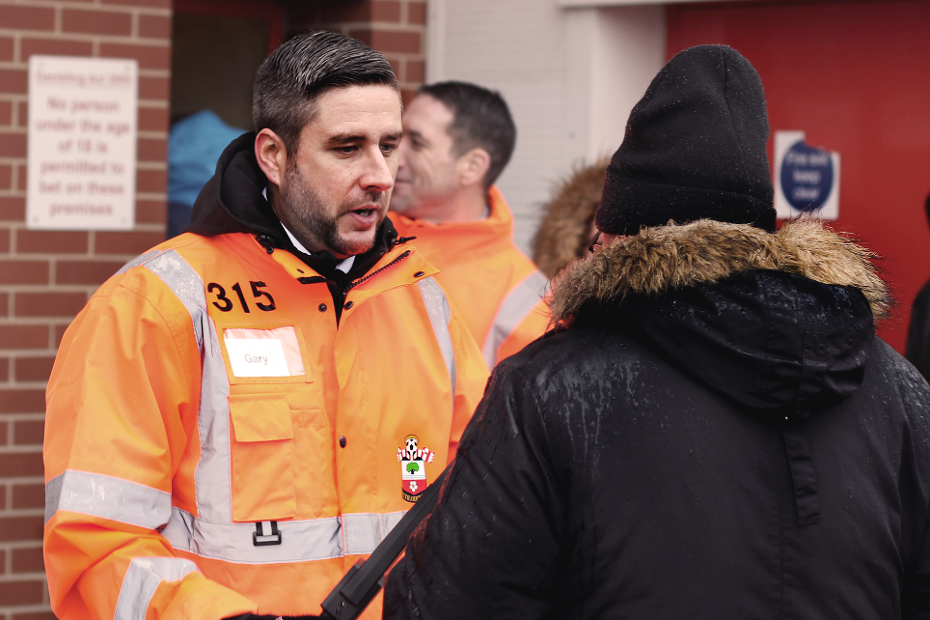 How Southampton FC helped Gary, a homeless man, to find purpose in his life

"Having this job gives me something to live for."

Gary Jackson is a steward at Southampton FC. He helps to keep the supporters at a match comfortable and to make the matchday run smoothly.

But Gary’s life has not always been so under control.

In 2012, he emerged from prison after being four years inside. He struggled to rediscover his place in society.

"It was hard to get back on track again," he says. "Leaving prison is a massive transition.

"While I was in jail my stepdad died and my mum’s flat was condemned. I had nowhere to go. I just felt alone."

Gary started to live on the streets and became a regular drug user.

"Being on the streets is very difficult.

"It's about getting through the day and trying to find somewhere to stay at night, somewhere sheltered, especially in the winter. I couldn't see a way out."

Gary managed to get a place in sheltered accommodation. But just when things were starting to look up his world was turned upside down.

He found his brother dead from a drug's overdose. The tragedy spurred on Gary to get the help that he needed.

"I was thinking that with some of the things I was doing, it should have been me dead."

He went to the Saints4Sport project.

The project is run by the Saints Foundation. It works with more than 400 people a year offering a structured timetable of activity to help put routine and purpose back into their lives, such as workouts.

"Going to the gym made me happy," Gary says. "It made me feel that there was something more to life.

"It was something I focused on."

With these core skills taken on board, Gary was given further support by an employability programme Southampton run with the Big Issue.

"It made me feel I had a worth again. I was meeting people again and I was treated with respect.

"The years before I hadn't really had any of that.

"It taught me about unity, accountability, respect, and diversity.

"It gave me the values that I had lost, forgotten and I didn't think mattered."

Part of a big family

Armed with renewed purpose and confidence, Gary applied to be a steward at St Mary's Stadium.

"I was elated when I got it. It was something I didn't think would happen.

"My first match was just before Christmas. It was a bit daunting but it was something that I really needed to do.

"Having this job has put me on the right track.

"Previously, I didn't want to get up in the mornings, to be honest. I didn't see a point or any reason to.

"Now, this is giving me something to live for.

"Southampton FC means everything. It means a future for me.

"You become a big part of the family and if I didn’t have them, I don't know where I would be now."