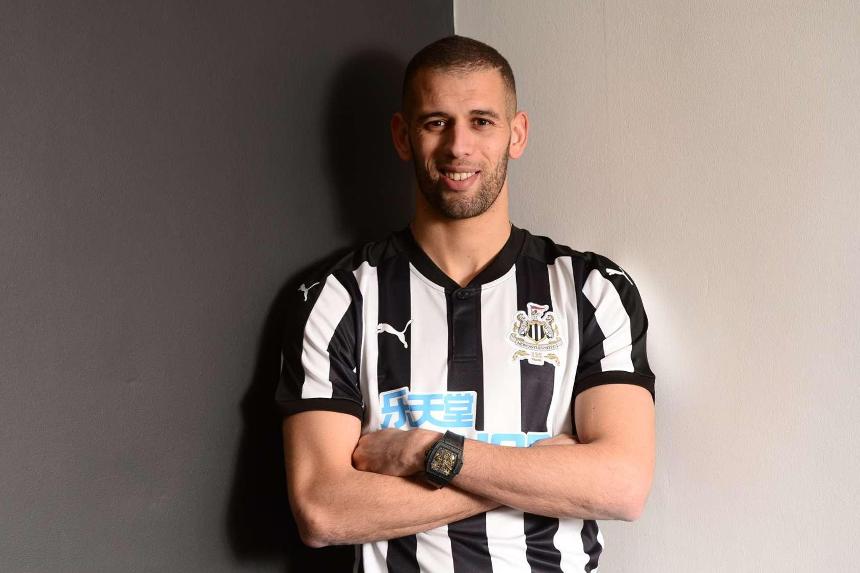 Newcastle United have announced the loan signing of Islam Slimani from Leicester City.

The Algerian striker will spend the remainder of the Premier League season at St James' Park.

Slimani, 29, is Newcastle's second January addition, following the loan of Kenedy from Chelsea.

"It's a great thing for me and for Newcastle," the 29-year-old told the club's official website.

"Knowing the power of the fans and crowd here and how great they are, and also speaking to the manager, it gave me the confidence that this was the right choice."

Slimani has scored eight goals in 35 PL appearances and could make his Magpies debut at Crystal Palace on Sunday, 4 February.