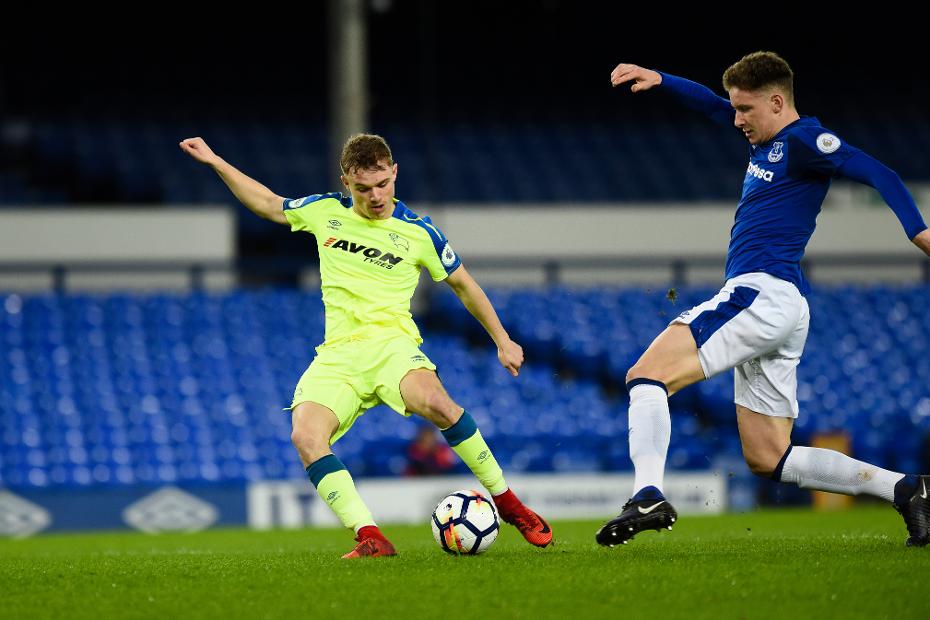 Max Bird and Lewis Walker (pictured above, right) struck late to give the Rams their first win in seven league matches, leaving Everton seven points off top spot with a match in hand.

Luke Thomas marked his 19th birthday with an early opening goal for Derby before Fraser Hornby hit the post for the Toffees.

Substitute Shayne Lavery equalised for the hosts only minutes after coming on, but Bird restored Derby's lead with a 78th-minute shot and Walker clinched victory by tapping into an empty net on 81 minutes.

The Rams move up a place to eighth, three spots and five points behind Everton.