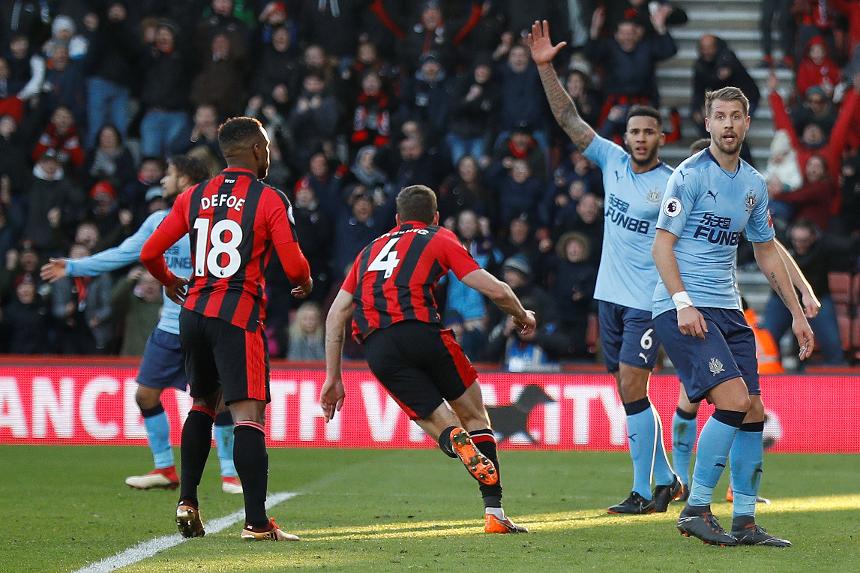 AFC Bournemouth staged a late comeback to salvage a 2-2 draw with Newcastle United.

A Dwight Gayle double had given the Magpies a two-goal lead at half-time.

The striker found the net with a backheel following good work from Matt Ritchie, before tapping in after Asmir Begovic had failed to hold Ayoze Perez's low cross.

Jonjo Shelvey missed a great chance to make it 3-0 before Adam Smith pulled one back for the hosts with a fierce 80th-minute strike in off the underside of the bar.

In the 89th minute Dan Gosling, a former Newcastle midfielder, met Nathan Ake's pass to earn a draw and preserve the Cherries' run of just one defeat in nine PL matches.

AFC Bournemouth lie 10th with 32 points, three ahead of Newcastle in 15th.