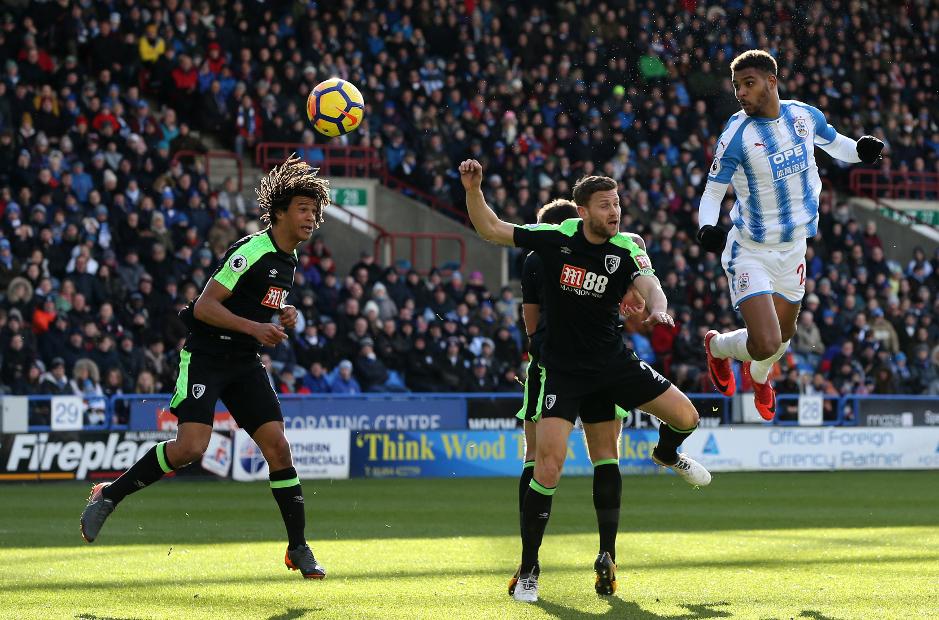 Town led on seven minutes at John Smith's Stadium when Mounie set up Alex Pritchard for his first goal since signing in January.

It was 3-1 after the break when Mounie's shot deflected in for a Steve Cook own goal.

Despite Mooy being taken off on a stretcher, Rajiv van La Parra made it 4-1 in stoppage time, from a penalty won by Pritchard.

Town move up to 16th, four points behind 10th-placed AFC Bournemouth, who suffered a first loss since 23 December.