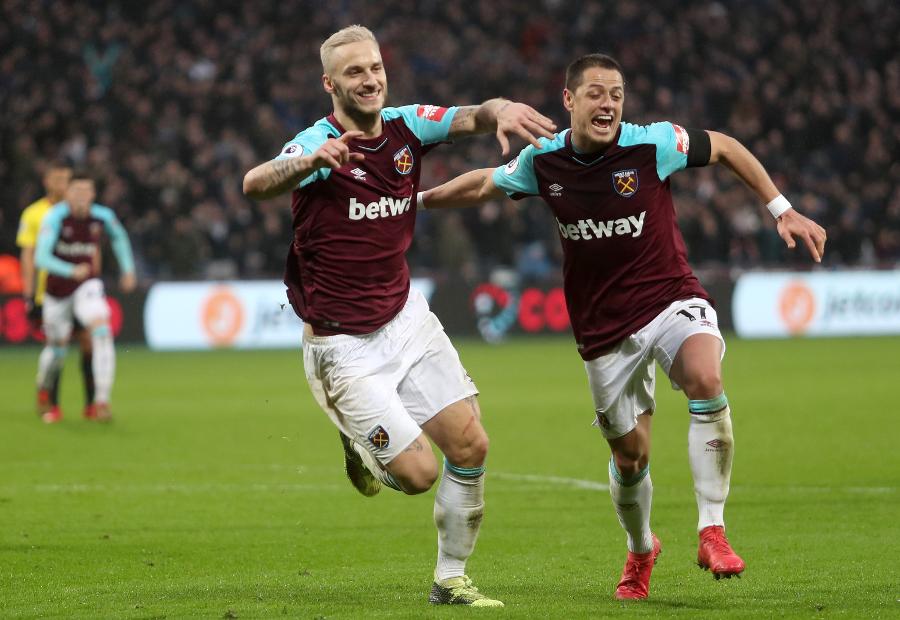 Chicharito and Marko Arnautovic scored as West Ham United moved further away from the relegation zone with victory over Watford.

Watford almost took the lead in the first half when Adrian Mariappa saw a header saved by Adrian but the home side dominated from then on with Arnautovic firing straight at Orestis Karnezis from six yards.

Chicharito had a goal ruled out for offside but he broke the deadlock after 38 minutes with a header from Michail Antonio's cross.

Arnautovic sealed the victory after 78 minutes, converting from close range after a persistent run from Aaron Cresswell.

West Ham are now level on 30 points with Watford, five points above the bottom three.