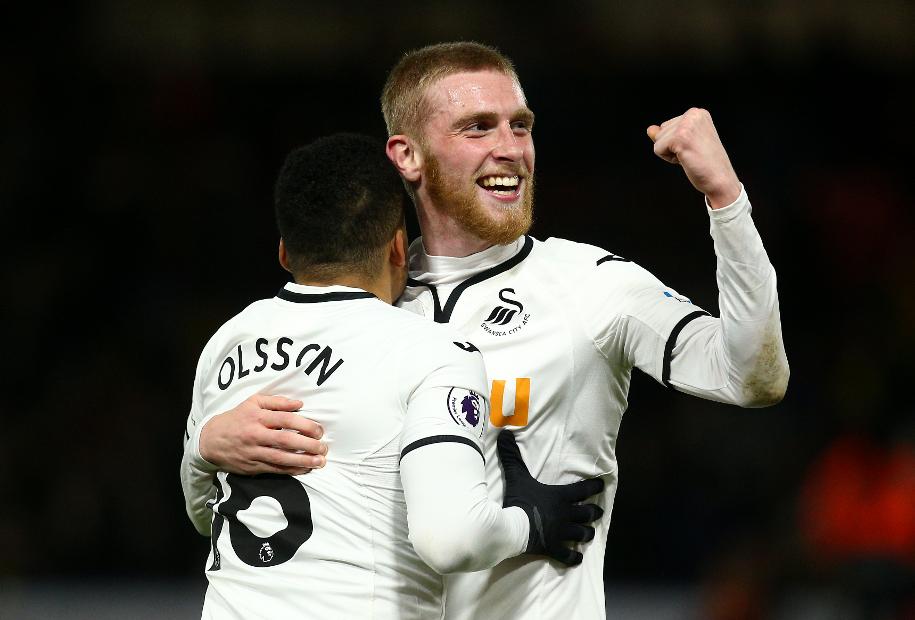 Oliver McBurnie is keen to get off the mark for the Swansea City first team after graduating from Premier League 2.

Swansea will host Liverpool on Monday night, the same opponents McBurnie made his first Premier League start against in the reverse fixture at Anfield on Boxing Day.

The 21-year-old striker is enjoying the step up but despite being joint top scorer in PL2, with 10 goals, he has yet to claim his first Premier League strike.

"I have scored goals at every level I have played at, so it has been a bit strange for me not scoring in the games I have had," he told Swansea's official website.

"It's a tough league to score goals in - you play against better defenders and don't get as many chances.

"For me it's just about working hard and making a contribution, then when a chance comes my way I have to take it."