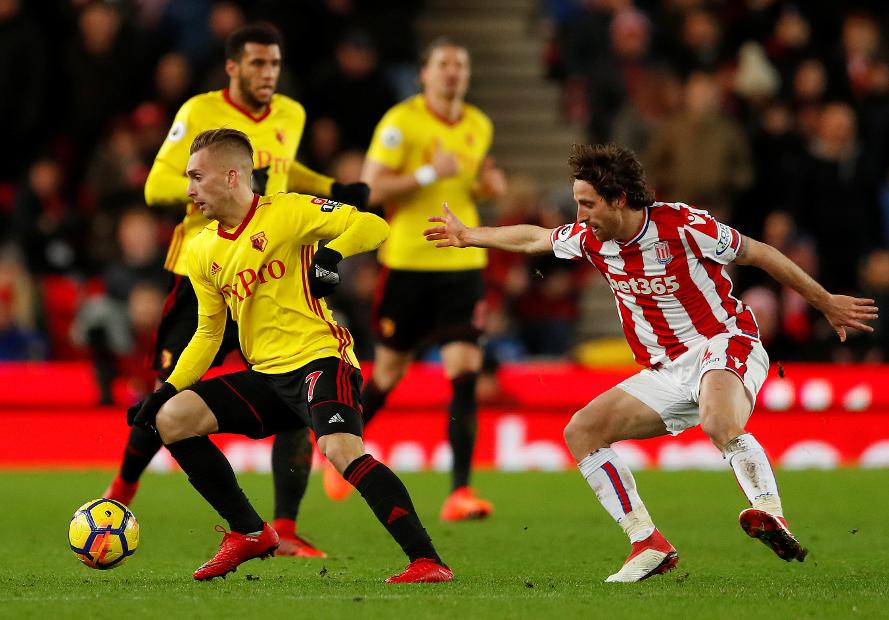 Javi Gracia earned a point in his first Premier League match as Watford head coach as they drew 0-0 with Stoke City at bet365 Stadium.

New signing Gerard Deulofeu was lively on his debut for the Hornets but his claims for a penalty from a Kurt Zouma challenge were denied.

Peter Crouch was introduced by Stoke manager Paul Lambert in the second half and almost broke the deadlock, but his towering header was straight at Orestis Karnezis.

Consecutive clean sheets move Stoke to 16th on 24 points while Watford drop to 11th with 27 points.