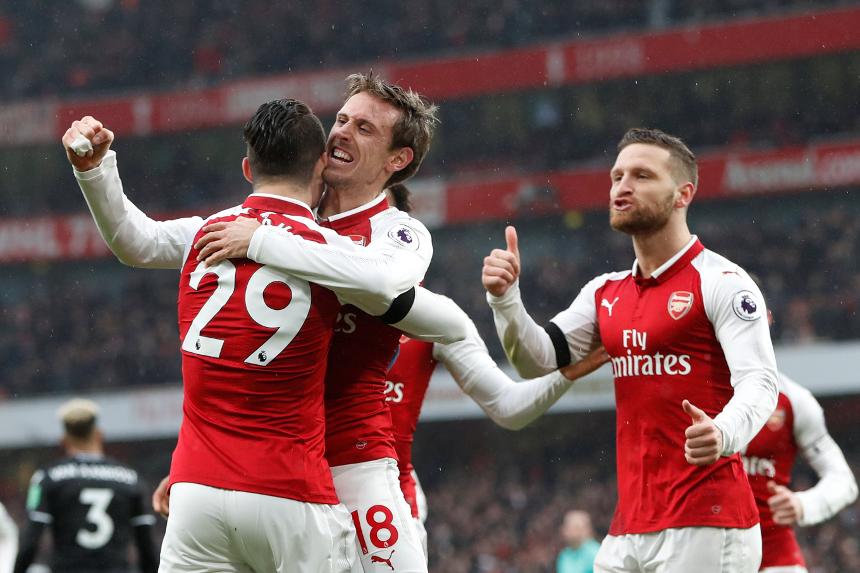 Swansea City are without midfielder Renato Sanches, who limped off with a muscular problem in the FA Cup at the weekend.

Arsenal could welcome back striker Olivier Giroud (thigh) but the match will likely come too soon for Danny Welbeck (muscular).

Arsenal have won four of their last five Premier League meetings with Swansea City (L1), including the last three in a row.

Arsenal have scored in all six of their PL matches at Swansea. Only at West Bromwich Albion (12 matches) and Birmingham City (seven) do they have a better 100 per cent record.

After beating Liverpool in Matchweek 24, Swansea are aiming for back-to-back PL wins for the first time this season.

Arsenal have lost only one of their last 34 PL matches against the side starting that day bottom of the table (W27 D6), a 3-4 defeat at Blackburn Rovers in September 2011.

Carlos Carvalhal: "They are one of the best teams in England and one of the best in the world. We will fight and try to find the best strategy to block them and, at the same time, try to explore their weak points."

Arsene Wenger: "Liverpool are very dangerous going forward and they didn't manage to score against Swansea. That is a good warning for us that we have to produce absolute total offensive performance."