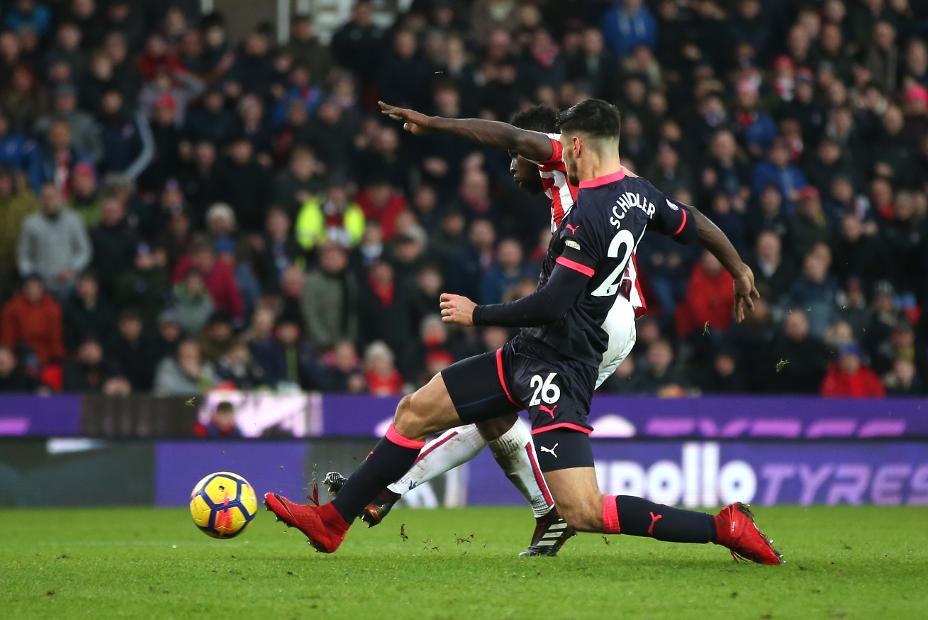 After a goalless opening 45 minutes, Charlie Adam's floated pass found Eric Maxim Choupo-Moting, who cut back for Allen to finish.

Stoke doubled their lead on 69 minutes, when a sublime flick from Xherdan Shaqiri fell into the path of Diouf, who slotted beyond Jonas Lossl.

A first win in five matches moves Stoke out of the bottom three, in 17th place on 23 points. Huddersfield are one point and three places further ahead.