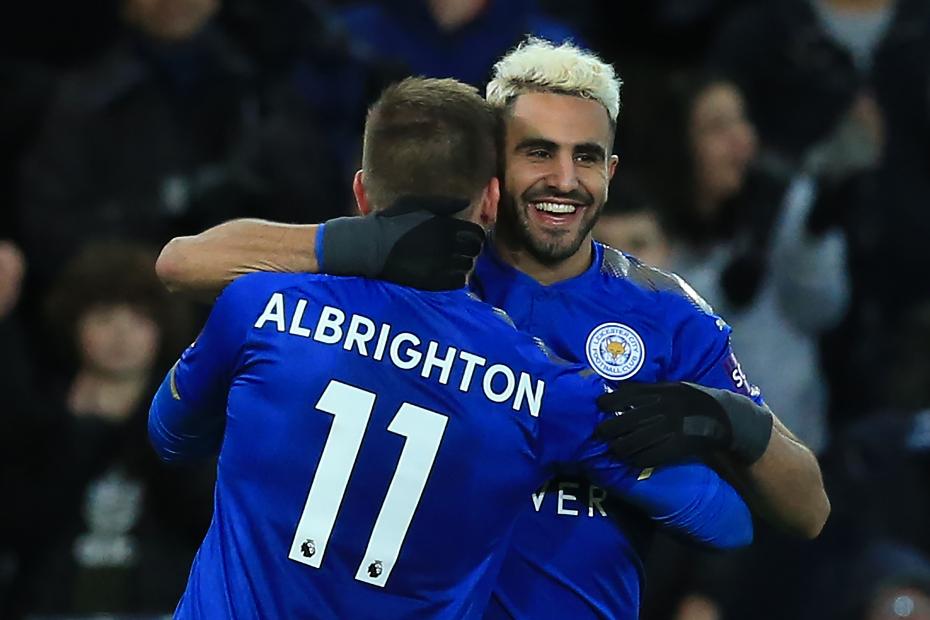 But a pair of Leicester City options – with just one fixture – outshone them all.

The Foxes’ in-form Riyad Mahrez (£8.6m) and Marc Albrighton (£5.5m) find their way into the elite XI as the top-scoring players in Gameweek 22.

The Dream Team debutant defied Stoke City with four saves to guide Newcastle United to a 1-0 away win. Darlow has delivered back-to-back shutouts and 16 points since returning to the teamsheet in Gameweek 21.

Earning his second Dream Team appearance of the campaign, Klavan produced 11 points, thanks to a goal and the maximum three bonus in Liverpool’s 2-1 win at Burnley.

The only AFC Bournemouth defender to be named in the Dream Team this season, Cook claimed a second appearance thanks to a goal and two bonus points – earned from 16 clearances, blocks and interceptions (CBI) – in the 2-2 draw at Brighton & Hove Albion.

The right-back helped Spurs to their ninth clean sheet of the season in a 2-0 win at Swansea City. Trippier was awarded three bonus points after supplying three key passes and two open-play crosses at the Liberty Stadium.

Top scorer in the Gameweek, Mahrez climbed into fourth in the FPL midfield standings courtesy of 14 points in the win over Huddersfield Town. Signed by 104,000 managers since, he has produced a goal or an assist in eight of the last nine Gameweeks.

Like his team-mate Mahrez, the winger produced a goal and an assist to claim a second Dream Team call-up of the campaign. Owned by just 2.4%, Albrighton has returned 27 FPL points from his last four Gameweeks. Leicester City's next four opponents at the King Power Stadium all score just two in the Fixture Difficulty Rankings (FDR).

A pair of assists and maximum bonus points in the 2-0 win at Everton gave the Frenchman 12 points, a first double-figure score since Gameweek 12.

Sold by 328,000 FPL managers ahead of the Gameweek, De Bruyne recovered from injury to provide two assists and 12 points against Watford. He boasts 11 assists for the season, more than any other player.

The top transfer target for Gameweek 22, he was brought in by 498,000+ for Spurs’ two fixtures. A superb equaliser against West Ham United means that Son has now scored in six of his last seven home matches ahead of a Gameweek 23 visit from Everton.

Handed just a second start since Gameweek 15, the Newcastle United striker scored the only goal in a 1-0 at Stoke to be rewarded with his first Dream Team appearance of the campaign.