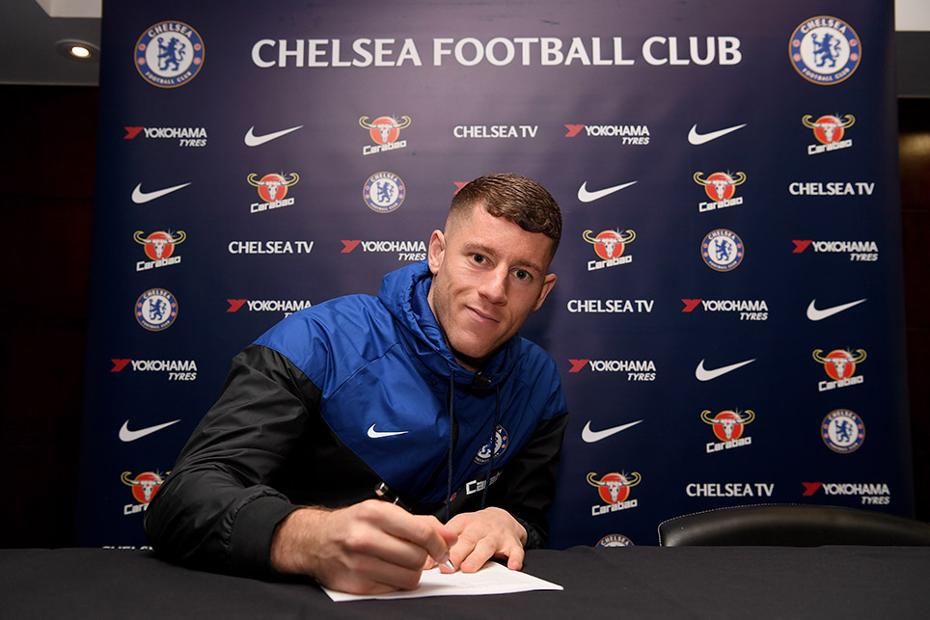 Chelsea have completed their first signing of the January transfer window, with Ross Barkley joining from Everton for an undisclosed fee.

The 24-year-old midfielder moves to Stamford Bridge on a five-and-a-half year deal and has been assigned the No 8 shirt.

"‘To be given a fresh start at a new club like Chelsea, it's unbelievable for me.

"I'm looking forward to continuing where I left off at the end of last season and hoping to improve and add more goals to my game."

Barkley has made 150 Premier League appearances since making his debut in 2011, scoring 21 times.

Chelsea's next Premier League match is a home encounter with Leicester City on 13 January.

See: All the Premier League transfers in January