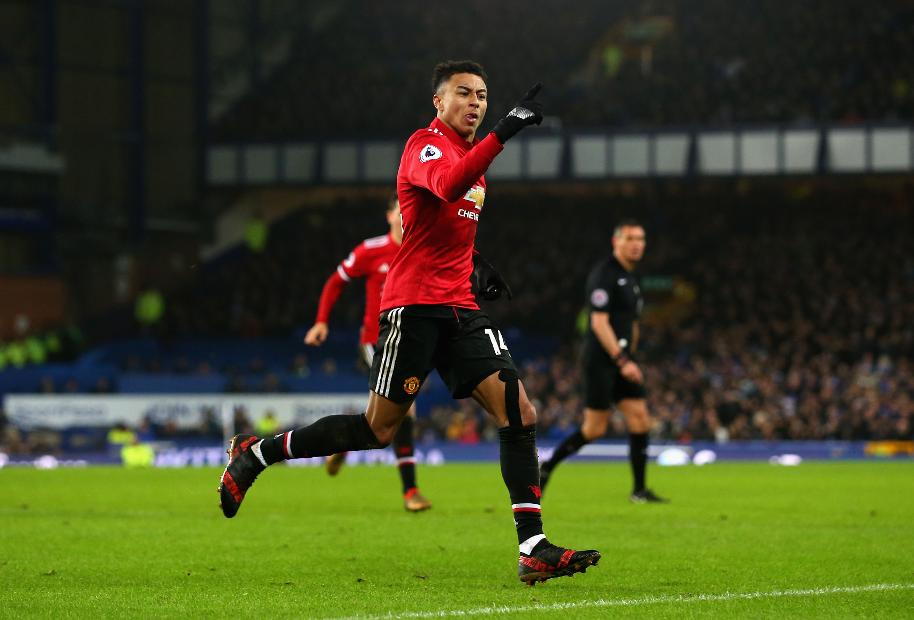 Memorable goals from Anthony Martial and Jesse Lingard gave Manchester United a 2-0 victory at Everton, a result which moves them back into second place.

After being restricted to long-range efforts in the first half, United came out strongly after the break with Juan Mata forcing a save from Jordan Pickford and then hitting the post.

United took the lead on 57 minutes when Martial curled a shot into the top corner but Everton responded well to going behind, Oumar Niasse's header going wide.

However, Lingard made sure of the victory for United with a stunning strike into the top corner, his seventh of the season, with nine minutes to go.

United's first win in four matches moves them into second, 12 points behind leaders Man City who play on Tuesday, while Everton remain in ninth.