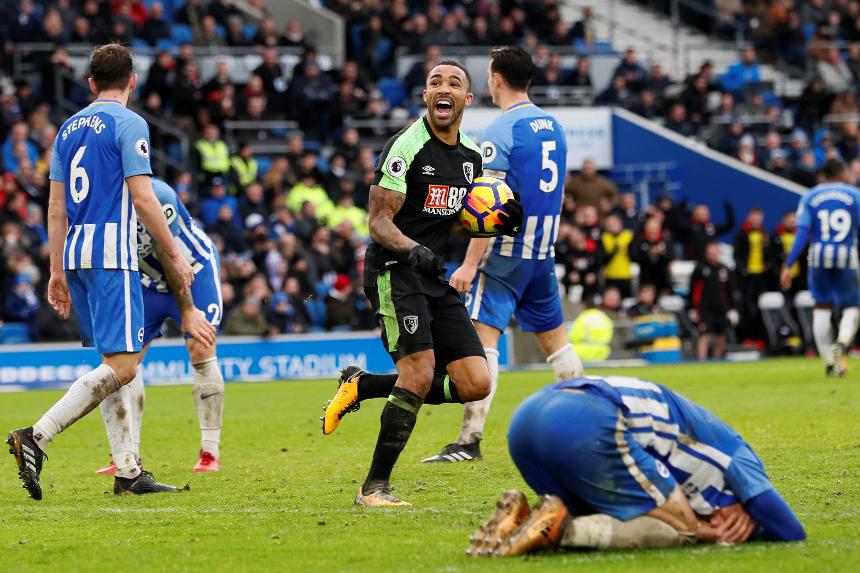 Callum Wilson scored a late equaliser as AFC Bournemouth kicked off 2018 with an entertaining 2-2 draw at Brighton & Hove Albion.

Wilson poked in from close range after a goalmouth scramble with 11 minutes remaining, moving the Cherries within a place and two points of 12th-placed Brighton.

Anthony Knockaert scored the first Premier League goal of the year with five minutes gone, from an acute angle after Jose Izquierdo flashed the ball across goal.

Steve Cook levelled with a superb header from Jordon Ibe's corner in the first half.

Glenn Murray put Brighton 2-1 up from Izquierdo's second assist on 48 minutes, before Wilson earned the visitors a point.