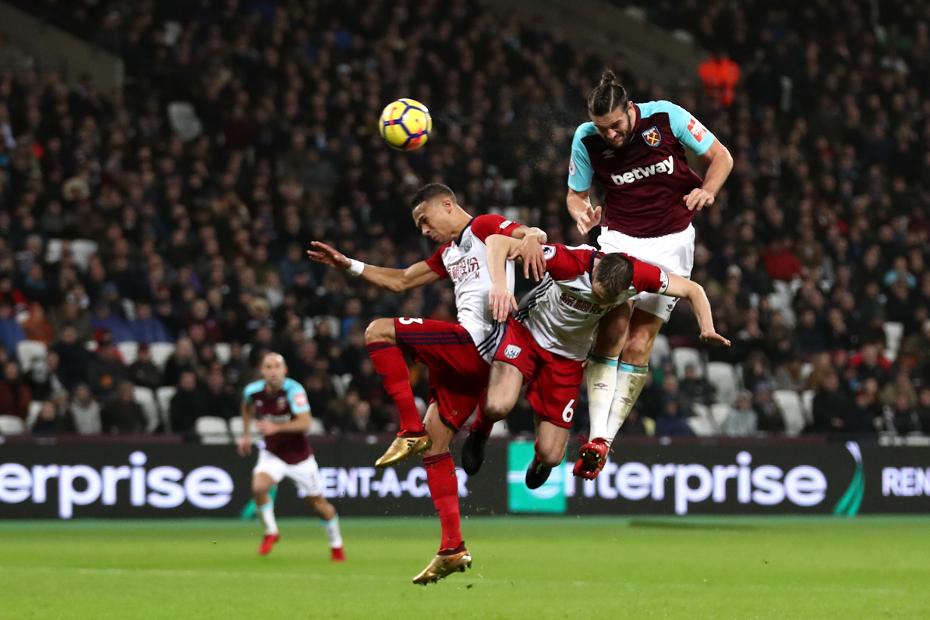 Andy Carroll ended a nine-month goal drought with two strikes, including one in stoppage time, as West Ham United came from behind to beat West Bromwich Albion 2-1.

James McClean had given West Brom the lead on half an hour when his shot deflected off Pedro Obiang and looped over a stranded Adrian.

Carroll got West Ham level, heading in Aaron Cresswell's cross on 59 minutes for his first goal since April.

Just after Oliver Burke had missed a chance to make the points safe for West Brom, West Ham broke and Marko Arnautovic's cross in the fourth minute of stoppage time was converted by Carroll at the far post.

Victory lifts West Ham out of the bottom three to 16th on 21 points. West Brom are second bottom on 16 points.