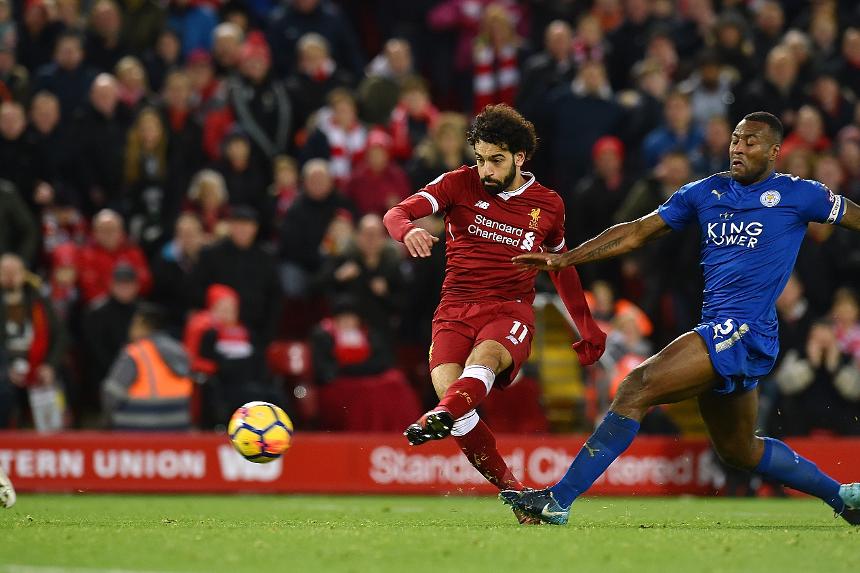 Mohamed Salah scored two second-half goals, taking his tally to 17 for the season, as Liverpool came from behind to beat Leicester City 2-1 at Anfield.

Claude Puel’s team took the lead in the third minute, with Jamie Vardy netting for the seventh time in five matches against the Reds.

But Liverpool responded strongly, Salah going close three times and Sadio Mane having a goal disallowed before the break.

Salah’s equaliser arrived in the 52nd minute and, after Mane had had another strike ruled out, the Egyptian notched a 76th-minute winner.

It moved him one goal behind Tottenham Hotspur’s Harry Kane at the top of the goalscoring chart.