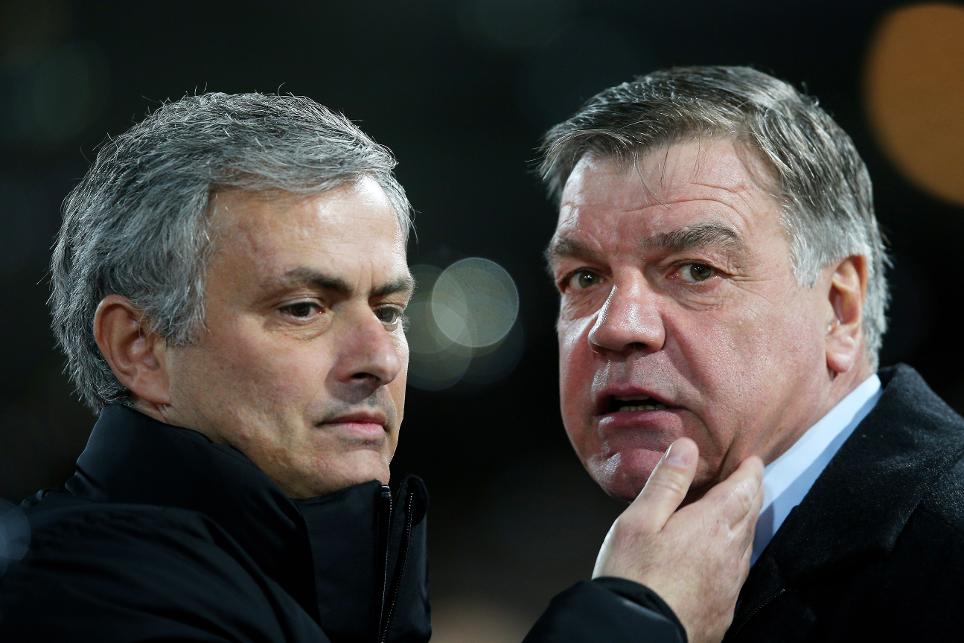 We Will Be Ready For Massive Week, Says Pickford External Link

Everton remain without Seamus Coleman (leg) and Ramiro Funes Mori (knee) but Ross Barkley could be in contention after returning to training from a hamstring injury.

Manchester United striker Zlatan Ibrahimovic (knee) is out for a month, while Jose Mourinho has admitted that Romelu Lukaku (head) is a doubt for their next two matches.

Ashley Young is suspended for three matches after accepting a charge of violent conduct. Marouane Fellaini (knee), Michael Carrick (other) and Antonio Valencia (thigh) are not expected to return, while Chris Smalling (groin) and Matteo Darmian (knock) are doubts and Eric Bailly (ankle) is a long-term absentee.

Jose Mourinho has lost none of his 11 Premier League meetings with Sam Allardyce (W8 D3), making him the manager the Portuguese has faced the most in the competition without losing to.

Everton have won four of their eight home league matches against Manchester United since 2010 (D2 L2), after winning just two of their 19 against them at Goodison Park since the 1990s (W2 D3 L14).

Sam Allardyce: “I am still learning about the players. Some of the players have received [new ideas] quite well. Some are not getting anywhere near the squad or subs bench."

See: Allardyce on what Everton are lacking

Jose Mourinho on Lukaku: "I know that normally bad, bad news arrives immediately. Bad news didn't arrive. I think that there’s a problem for the next two matches, for sure."

See: Pogba: We must wake up