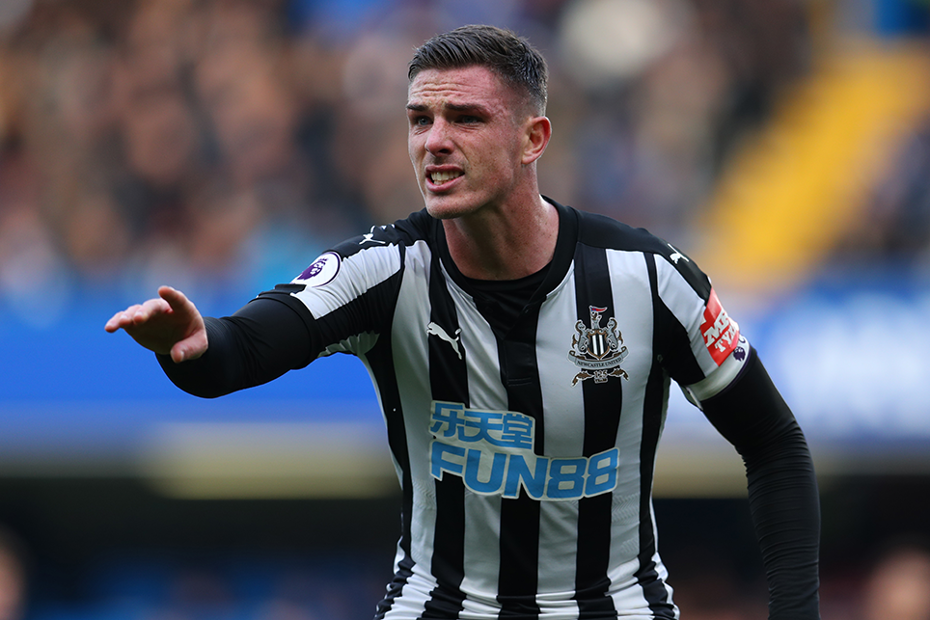 Clark: We want to be the team to end City run External Link

Ciaran Clark hopes that Newcastle United will be the team to bring an end to Manchester City's winning run.

Newcastle host the Premier League leaders on Wednesday evening on the back of beating West Ham United on Saturday.

The defender hopes to build momentum from the victory and stop Man City's 18-match streak of victories.

"We know it is going to be tough against City," Clark told NUTV. "They are an unbelievable side as they have shown all season.

"But we will go out there and give it our best shot and who knows what could happen?

"Hopefully, we can be the team that stops their run."

🎥 Ciaran Clark has been speaking to NUFC TV ahead of tomorrow night's game against @premierleague leaders @ManCity.