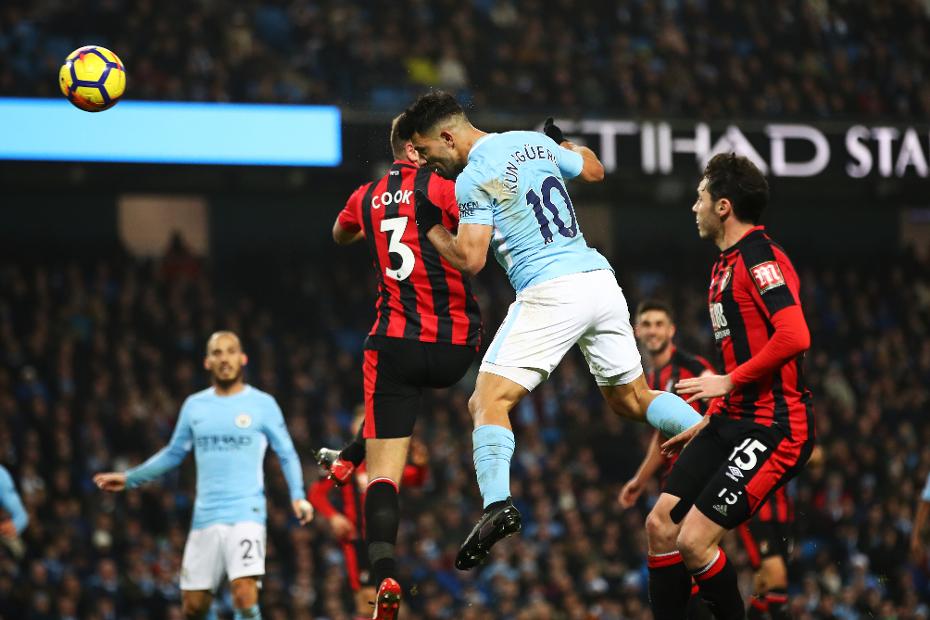 Manchester City extended their winning Premier League run to 17 matches and set another record in a 4-0 victory over AFC Bournemouth.

A brace from Sergio Aguero and goals from Raheem Sterling and Danilo made City the first team to score 100 PL goals in a calendar year.

Aguero broke the deadlock on 26 minutes, heading in Fernandinho's cross for his 100th goal in all competitions at Etihad Stadium.

After the break, Sterling netted his 12th of the season, assisted by Aguero, who made it 3-0 by heading in substitute Bernardo Silva's cross.

Danilo added a late fourth against the side away to whom City's record winning run started in August.