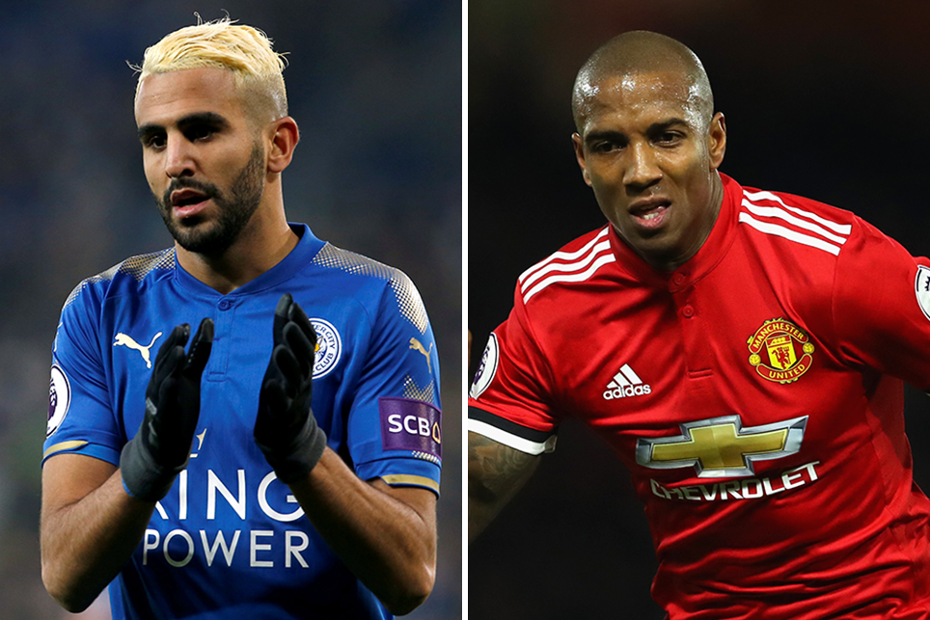 Sven Alexis, of Skysports.com, looks at why Riyad Mahrez's battle with Ashley Young could decide Leicester City's match against Manchester United on Saturday.

Mahrez has an impressive strike rate of late, scoring six goals in his last 13 appearances in all competitions, compared with just three goals in his previous 36 Leicester appearances.

He has been involved in as many goals this season as in the whole of last season and his nine goal involvements in the Premier League are the most of any Leicester player this campaign.

The 26-year-old boasts an impressive conversion rate from long range in recent weeks, scoring three goals from his last eight shots from outside the box.

It is not only Mahrez's efforts from distance that have caught the eye. No Leicester player has recorded more assists, had more shots, or dribbled more than Mahrez this season.

Only Wilfried Zaha and Eden Hazard have attempted more dribbles than him in the Premier League.

One stat the Algerian will be looking to improve upon, though, will be that he has not scored or won in six matches against Manchester United.

Young on the up

Young has been a permanent fixture for Jose Mourinho's side in the last three months, starting 13 of their last 14 Premier League matches, mostly at left-back.

He is set to start against Mahrez for only the second time, with the first occasion coming in Leicester's 1-1 draw at the King Power Stadium in November 2015, when he was booked for a foul on Mahrez within 14 minutes.

Young's all-round game has been key to United's form in the last three months, with the 32-year-old appearing in the top two in the categories below.

Young's consistent performances will certainly be put to the test when he goes head-to-head with the tricky Mahrez on Saturday.