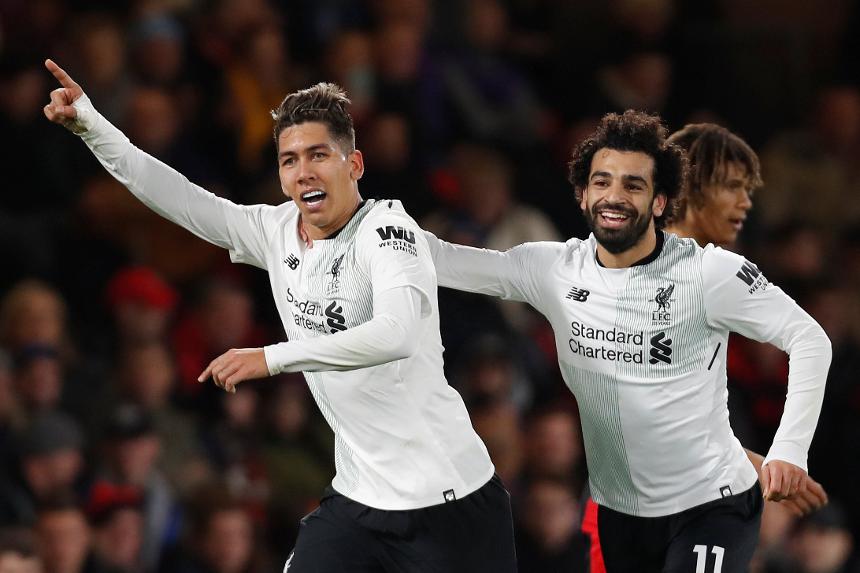 Oxlade-Chamberlain: There is more to come External Link

Salah in his own words External Link

With their 4-0 win at AFC Bournemouth on Sunday, Liverpool became the first team in Premier League history to win four consecutive away matches by a margin of at least three goals.

Their impressive run began at the start of November, when Mohamed Salah netted twice in a 4-1 win at West Ham United.

The Egyptian would follow that with another brace, this time in a 3-0 victory at Stoke City.

Next it was Brighton & Hove Albion who were to suffer only their second home defeat of the season as Liverpool cruised to a 5-1 win at the Amex Stadium. Then came the four-goal victory at Vitality Stadium on Sunday.

That win put Liverpool ahead of four other PL teams who had won three consecutive away fixtures by at least three clear goals: Arsenal, Chelsea, Manchester United and Liverpool themselves.

Liverpool have the chance to extend this record when they travel on Friday evening to Arsenal where they have not lost since April 2015.

Away wins by +3 goals