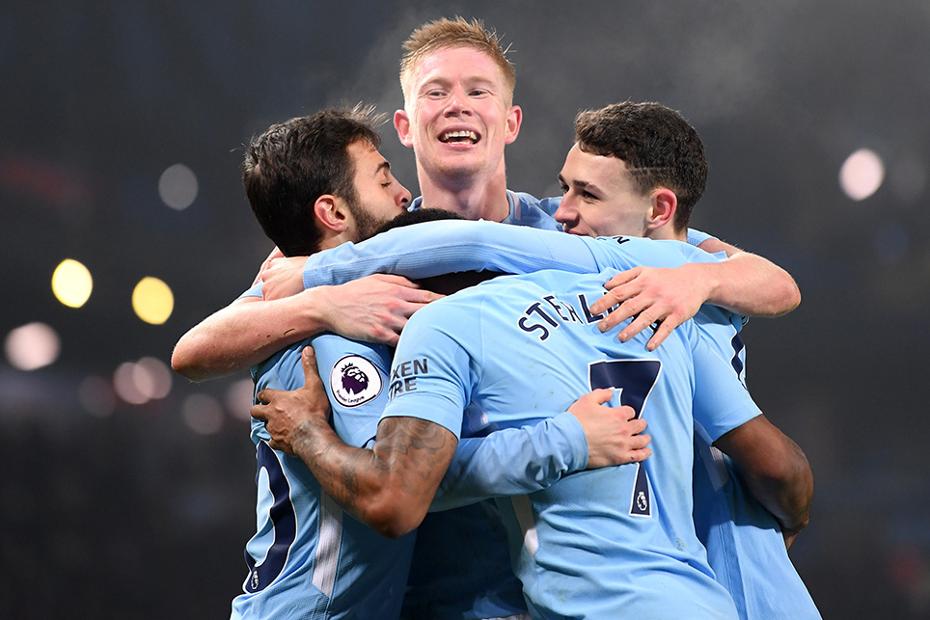 Ilkay Gundogan, in for David Silva, who was absent for personal reasons, headed the opener from Leroy Sane's corner on 14 minutes.

Kevin De Bruyne powered in a second after being played in by Gundogan with 20 minutes left.

After blasting the rebound over when Gabriel Jesus missed a penalty, Raheem Sterling made amends with two late goals.

Manchester United can cut the gap at the top to 11 points if they win at West Bromwich Albion. Spurs are seventh.