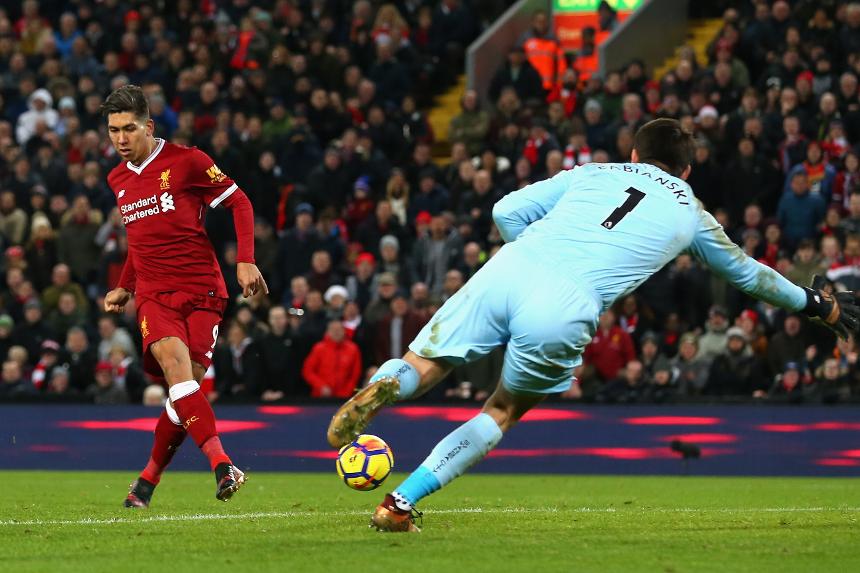 Roberto Firmino scored twice as Liverpool returned to fourth in the Premier League with a 5-0 win over Swansea City.

Philippe Coutinho, captain for the day, led the way with a magnificent strike into the top corner after six minutes.

Seven minutes into the second period, Firmino volleyed in Coutinho’s free-kick at the far post.

The Reds then scored twice in a minute, Trent Alexander-Arnold rifling in his first goal for the club on 65 minutes before Firmino struck again.

Jurgen Klopp's side move back a point above Spurs, while Swansea stay bottom on 13 points, five off safety.