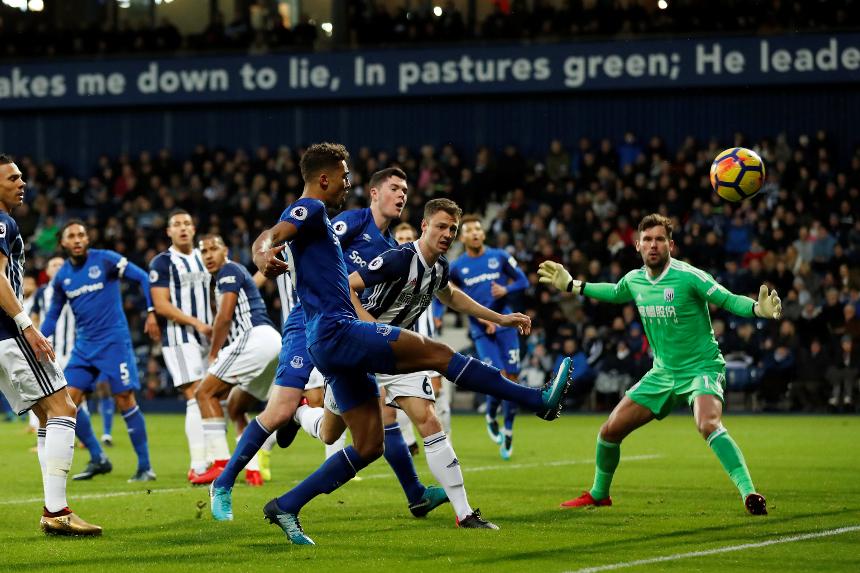 Everton kept their fourth Premier League clean sheet under Sam Allardyce as they drew 0-0 with West Bromwich Albion at The Hawthorns.

West Brom had the better chances, with Craig Dawson and Salomon Rondon both heading just over in the first half.

After the break the match followed a familiar pattern, with the home team making most of the running but unable to find a breakthrough.

The result keeps West Brom in 19th, still waiting for a first win under Alan Pardew, while Everton are ninth with 27 points.