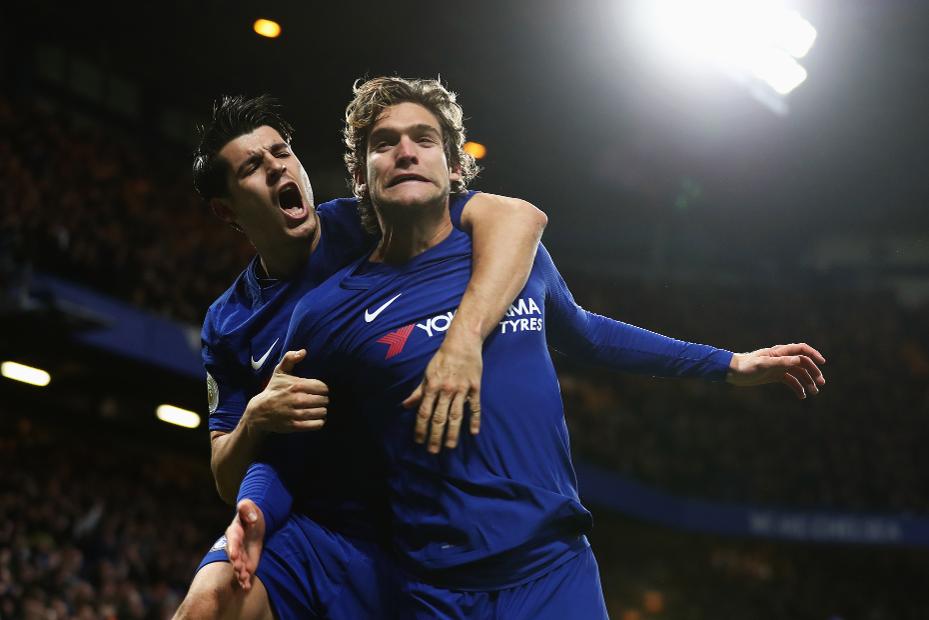 A minute after the break, Cesar Azpilicueta crossed for Morata – the sixth time the pair have combined for a goal – to nod Chelsea into the lead.

Chelsea doubled their advantage on the hour, this time through Alonso, who glanced in Cesc Fabregas's corner.

The Seagulls had stifled Chelsea's threat in the first half, with the best chance falling to Victor Moses, whose effort was saved.

Victory keeps Chelsea third on 42 points, a point behind Manchester United. Brighton are 12th on 21 points.