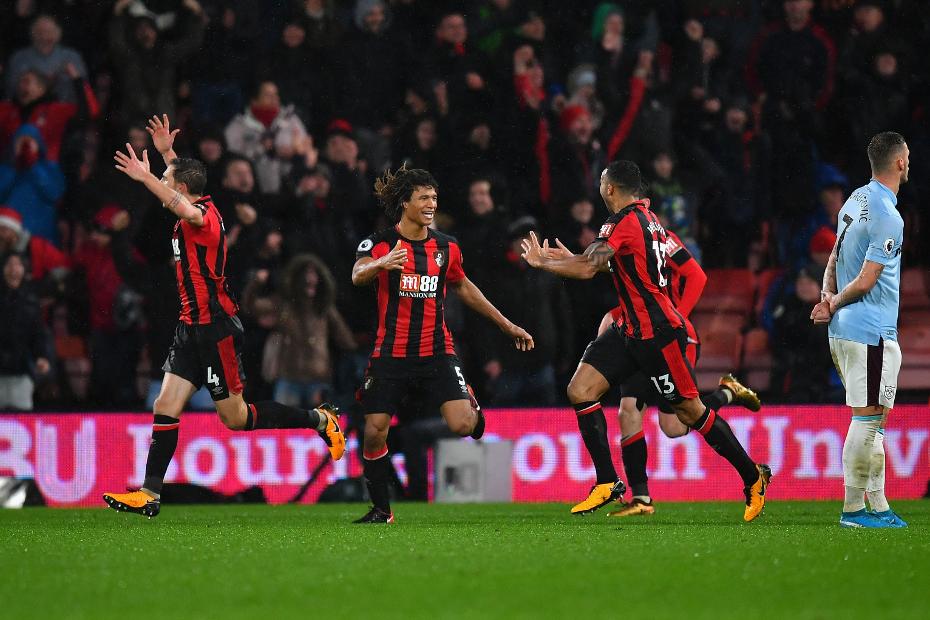 Arnautovic: We were 'unlucky' to draw with Cherries External Link

Callum Wilson scored an equaliser in the third minute of stoppage time to rescue a point for AFC Bournemouth in a 3-3 draw with West Ham United.

AFC Bournemouth levelled on the half-hour when Dan Gosling fired past Adrian, and then went ahead as Nathan Ake swept in on 57 minutes.

But Wilson bundled in Ake's cross to deny the Hammers a point and kept them in 17th, a point and a place above AFC Bournemouth.