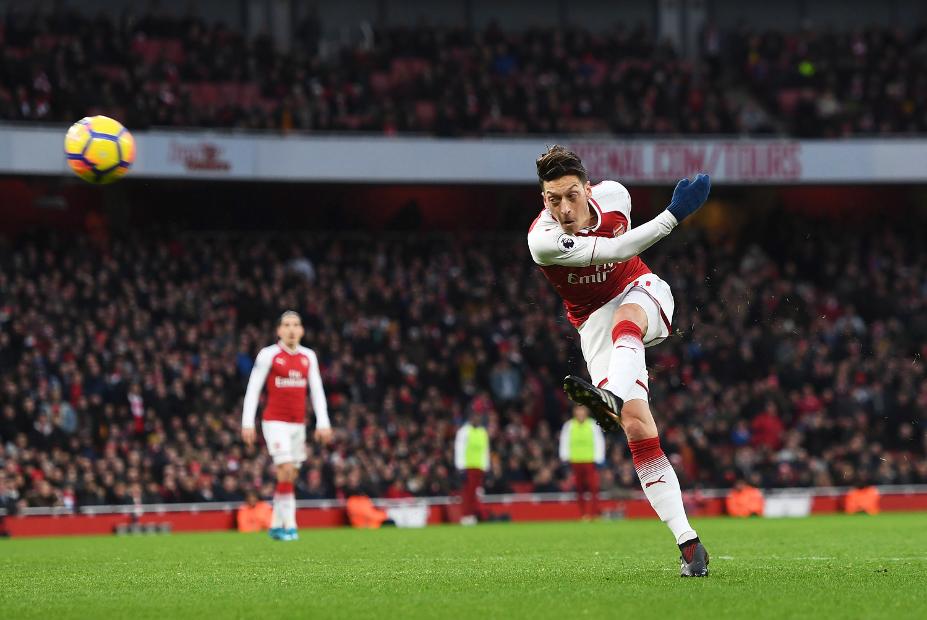 Mesut Ozil scored a spectacular volley as Arsenal returned to winning ways with a 1-0 victory over Newcastle United.

The German's sensational strike gave Arsenal their first win in four matches and takes them back into the top four ahead of Manchester City v Tottenham Hotspur.

In the second half Alexis Sanchez and Jack Wilshere both came close to doubling the lead, which was threatened only when Newcastle's Joselu shot was deflected wide late on.